It is tempting to say that isolation is almost complete when one starts ordering furniture online. It began with a casual click, and soon I was adding stuff to my wish list that I had never wished for. This was perturbing because I have not done any shopping online. It was almost like I was building a virtual home; I even found sheets and curtains to go with what I had selected.

Within minutes I realised I had no space to set up a home in what is already a home. All this would have to wait till I was ready to discard the old. There was, however, one item I did need. A table. A work table. I barely use the one I have because the chair is broken. The normal response would be to buy a chair to go with what is already there. But, the chair was always with that table, so I cannot use one without the other. I had dragged the dining chair a few times, and it did not go well with the table.

What I required was something that wouldn't claim too much space. There were several that claimed to be happy in little nooks and would not bother me. A whole lot of self-effacing tables were jostling for my attention. I chose a black beauty about whom it was said that it could be moved anywhere and could fold. Such humility was rather becoming. I immediately placed an order. 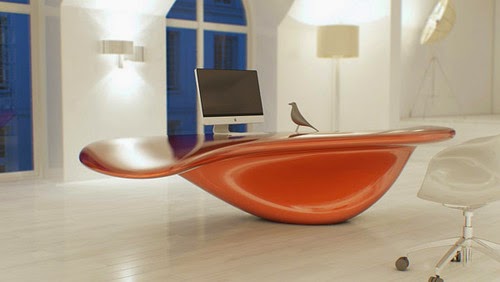 To digress a bit, I like a work table to swell voluptuously, its girth overwhelming in its protectiveness. If it is quirky, so much the better. I really like this one above because there seems to be nothing else. It is like a whole world in the space to roll arms, run fingers, pat, lay down head, dream, awaken. 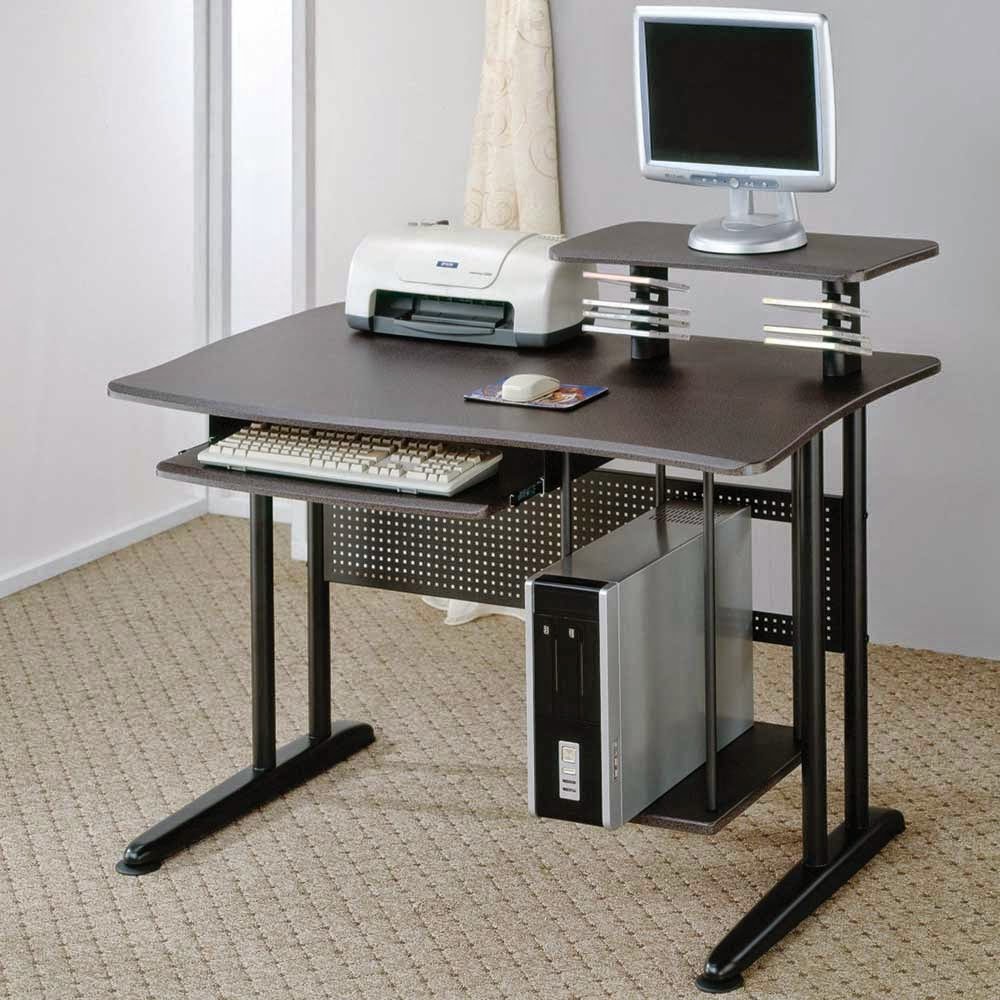 Then, I also like a table to have clean lines and leg space. Being a bit of a collector of junk, there should be no place for me to stuff things or I'll have to elbow my way in to type or doodle. This one is nice except for the motherboard and printer.

But, my moveable feast did not look like even a facsimile copy of either. I awaited it as one does glad tidings. You know it is good news, but there is still some trepidation. The trepidation was not unfounded. A heavy package arrived where I expected a quiet visitor swaying on legs that were meant to move.

After cutting through paper and bubble wrap, what I found were several screws, a flat board and stilts. There was a manual with images of how to get this thing to be of any use. I thought I was making life easy for myself — ordering this to reach home, to be able to use as soon as it arrived. As it turned out, I had to 'make' it.

Placing all the parts before me, I tried to figure out what went where. The screwdriver wouldn't fit into the screws, my hand kept slipping, one leg that I managed to position ended up looking like a barrel of a gun facing me. My back and hands were aching. And to think the table was to help me get rid of these aches.

After an hour or so, I decided that I did not have a way with the screwdriver. The manual too was quite half-hearted. Instruction manuals usually are. I put all the parts away in a bag, telling myself that I'd go online to check how to fix self-effacing tables that move. What I found instead were other tables, lovelier than mine, more reasonably priced, easier to fix, if at all.

What had made me select the first one I set my eyes on? It is an old habit. And having made a choice, I begin to believe that the object's and my destiny are intertwined. The object ceases to be just an object.

As I look at the desultory bag with the table, I wonder whether I am giving it short shrift by not creating it. Whose fault is it that some things are not meant to come whole and it is up to us to give them the shape they were ordained to be? And I think about that wrongly-positioned leg that pointed at me — that was not ordained, it would have been my recreation of it.

It is better that I wait awhile. One day, soon, I might find the light or a screwdriver that does not slip from my hand. One day, I will put the pieces together because they are now mine.