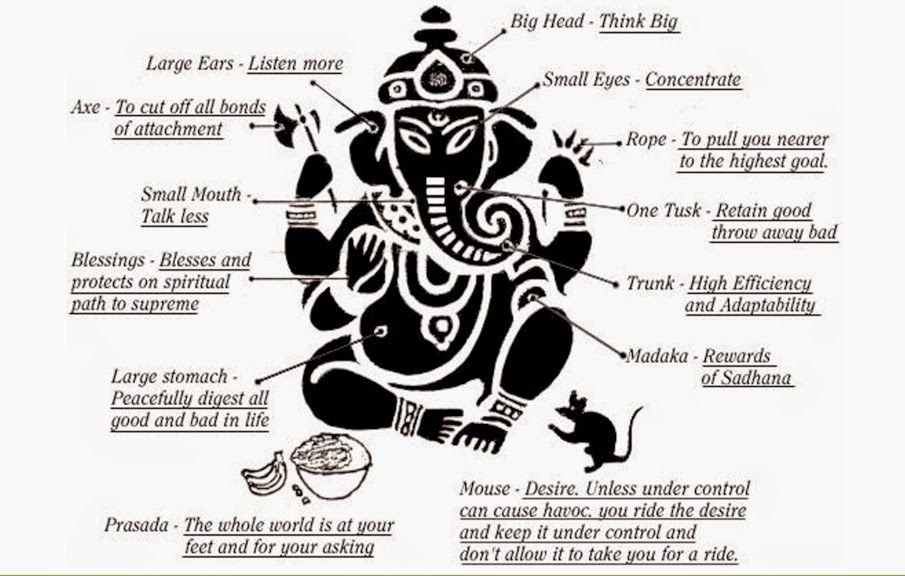 Symbols are not ritualistic. They often have deeper connotations. Ganesh Chaturthi is being celebrated now, but not many would ponder over what the elephant god means. One need not even be a believer to comprehend these symbols that seem more like a manual for ethical living. Rituals and deification, and marketing, alter the very nature of spiritualism and faith.

Spiritualism does not need the crutch of blind belief.

Somebody has filed a FIR against film director Ram Gopal Verma for these tweets:

• “The guy who couldn't save his own head from being cut , how he will save others heads is my question? But Happy Ganpathi day to morons!” • “Can someone explain how someone can cut off a child's head who was just trying to protect his mother's modesty? Am sure devotees know better”.
• “Can someone tell me if today is the day Ganesha was originally born or is it the day his dad cut his head off?”
• “Does Lord Ganesha eat with his hands or his trunk?”
• “I would really love to know from Lord Ganesha's devotees a list of what obstacles he removed in all the years they prayed to him.”
• “Happy Ganesh chaturdhi. .may this day 29th aug bring prosperity and happiness to everybody so that there will be no problems from 30th aug.”
• “I think my films are flopping only becos of my attitude towards Gods. ..I wish I can become a devotee.”

Although some might seem insulting, the general tone is childlike. Children often pose valid, if uncomfortable, queries. All religious fables have one given meaning, and the rest are open to interpretation.

For that, one needs to have an open mind that can read between the lines.
By Farzana Versey at 4:00:00 pm