In Conversation: India and Pakistan 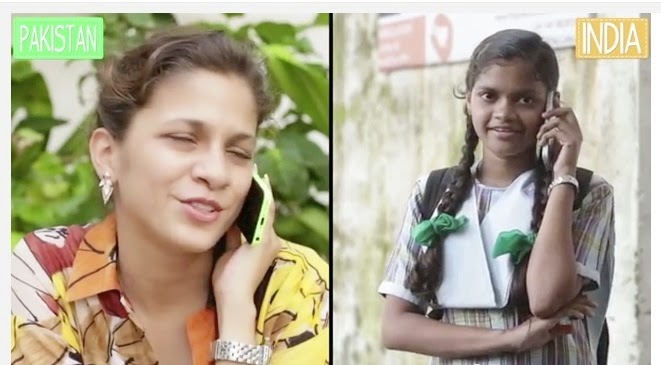 Often, the most meaningful things are said in the simplest manner. One must, therefore, appreciate this effort to get Indians and Pakistanis to talk. The premise is basic – we have phones, they have phones, so telephone. I warmed to it immediately.

But, will this bring people on both sides (we are not even speaking about the two nations) closer together? This was a ‘controlled’ atmosphere, and even if comments were not censored it was understood that the conversation was to be light. What we see is one reality – the coffee shop or corner store one. The young even on campuses are politically aware and most certainly come with a bagful of stereotypes about the other. It does not negate the awareness about Bollywood, cricket, or food. Yet, all of these can be politicised on the day there is a clash of films, a match or a culinary competition.

Take that delightful moment when the Indian girl asks her ‘friend’ in Pakistan, “Do you like Salman Khan?” and the latter replies, “No. Why?”, the Indian says, “Then we can talk!” It is humorous, but in the subtlety is embedded conditionality. Or, the fact that the Pakistani is portrayed as thinking he holds on to a deep, dark secret for being a fan of Sharukh Khan.

The makers have also matched the profiles of the people they partnered, dude with dude, accent with accent; in a way it helps to bring out the commonalities but it also conveys that communication is limited to ‘people like us’.

It was cute when the Indian girl speaking to a Pakistani who wants to visit Jaipur tells her, “Main bol deti hoon inse (I’ll tell them to do something)”. Or, when the Pakistani young man asks the Indian when he will visit Pakistan and he says, “Sir, aap mereko visa bhejo tau main nikal jaoon abhi kal ka kal (if you send me a visa I am ready to leave rightaway).”

This is all tongue-in-cheek swagger, which makes it an astonishing little outing. In fact, after having written these couple of paras, I am feeling guilty for nitpicking. This is what charm offensives do!

Love it…just don’t take it as the whole truth: