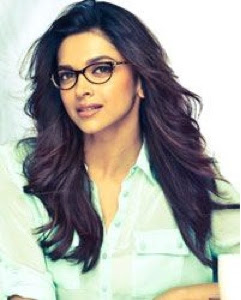 What happens when a Bollywood actor decides to speak out against objectification? The reactions are simplistic and extreme.

The Times of India tweeted a link to its web gallery, with one picture that had the caption: "OMG: Deepika Padukone's cleavage show."

She responded with: "YES! I am a Woman. I have breasts AND a cleavage! You got a problem!!??"

TOI, rather flippantly, told her that it was meant as a compliment, adding: "You look so great that we want to make sure everyone knew! :)"

Deepika: "Don't talk about Woman's Empowerment when YOU don't know how to RESPECT Women!" and "Supposedly India's 'LEADING' newspaper and this is 'NEWS'!!??"

One thing needs to be clarified — this is not news and was not sold as such. It was by the entertainment department and the link was to a web gallery.

Was TOI being disrespectful? Yes. Specifically to her and generally to its readers. The assumption is that people are intent upon looking only at certain aspects of a person they might admire as a performer or even a looker or, worse, people cannot see what is there and need to be guided with verbal cues.

This is infantilising besides objectification. What exactly does a "show" conjure? That it is a performance, a display. Deepika is being accused of exhibitionism.

As happens often, the story is not so much about what was said but how it snowballed. The actor has featured in Times of India's other publications, often on the cover. It is a mutually-acceptable relationship, even beneficial. TOI has often passed off pulp as news.

The point is: are we and should we consider the cleavage of anybody as pulp? Would that not amount to a denial of gender dynamics, of the body, of identity? While Ms. Padukone herself was clear about what she has and how she expects respect, has the response followed this template?

Lyricist Swanand Kirkire came up with this: "Behind every cleavage there is a heart, a voice, thanks... for showing us your true beauty & this is a compliment." If he had to pay tribute to her heart by mentioning its location, then he should have mentioned the rib cage.

The general tenor of "she is more than a cleavage" is patronising, apart from missing the point: A woman can show cleavage, but it does not give anybody the right to point at it. Just as one might object to catcalls, which again are considered compliments by some.

And why does a woman need to have more that is in the realm of the abstract? She may possess many qualities that need not be for public consumption or its intensity may be reserved for personal interactions only.

In fact, one fallout is men who are standing with her want to express solidarity by posting pictures of their moobs (man boobs). This means little, for male actors have no issues about being known for their six-pack abs and muscles. If anything, their bodies convey a single-minded commitment to achieve a look required for a role, if not for the image of star power.

A woman actor who does work on her body is seen as an aberration that needs to get back to her original shape soon, even if the original shape follows a standard idea of perfection.

Returning to the online battle, not for a moment did the thought of Ms. Padukone's just-released film 'Finding Fanny' cross my head. She does not need publicity, although the mainstream media that is reporting on this are referring to her as the FF star.

One radio jockey, Malishka, resorted to hyperbole saying that Deepika "makes history today not just coz of #FindingFanny but coz of the stand she took".

It raises an uncomfortable question: If responding to a newspaper means creating history, are we to assume that there is silent acceptance otherwise? The reiteration of "about time" reveals a scenario where nobody speaks up.

I am particularly concerned that even now the sounds are merely echoes of one who is a top line actor. It is fairly routine for those not as well-known, especially those who are referred to as item girls, like Rakhi Sawant or Poonam Pandey, to be dismissed as drama queens if they do raise their voice. I doubt if they would get any support. So, this is also about class and the pecking order.

The Deepika episode gives an opportunity to some to become legitimised, even as they continue with their ogling. Director Anubhav Sinha said, "It is the high camera angle not a low neckline. What is low is the standard of journalism. Downright SICK!!!"

What exactly was actor Ayushmann Khurana trying to say with this, "Dear yellow journalism, a star showed you that some of you are green"? How puerile to suggest that this is about envy. The puerile seems to prevail, just as it becomes obvious that a little flash makes a bunch of people sweat and indulge in mass catharsis. Not many would wish the rub a big media house the wrong way, and they just do not have the time of inclination for more than a castaway statement.

If all these stars are truly concerned, they should speak out more often. It is only real war that will get them results and bring about a change in attitude.