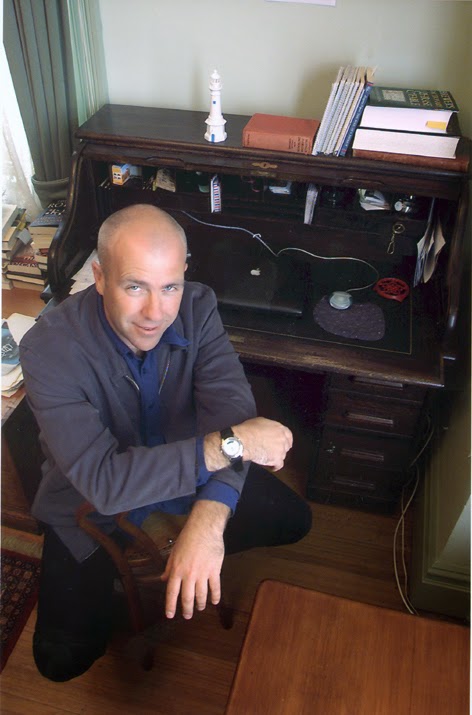 I like Richard Flanagan already. He has won this year’s Booker Prize for ‘The Narrow Road to the Deep North’ that I have not read. I have read nothing by him, but following the award the search has yielded some wonderful insights.

Of course, I like him for saying that he is “ashamed to be Australian” because of the environmental policies of the government. But, what is more interesting is how he gets into the mind of another real person. A good writer does not only create characers out of thin air. S/he can make the most simple reality appear profound or mystical or mythical.

Flanagan has done it with David Walsh that I now know so much about Walsh and so little about Flanagan. This he manages to do without any self-effacing sophistry. In fact, he pushes the boundaries of language to create something out of somebody. In the essay for The New Yorker, he wrote:

Attempting to describe Boltanski’s devil is like trying to pick up mercury with a pair of pliers. At fifty-one, Walsh has the manner of a boy pharaoh and the accent of a working-class Tasmanian who grew up in Glenorchy, one of the poorest suburbs of the poorest state in the Australian federation. His silver hair is sometimes rocker-length long, sometimes short. Walsh talks in torrents or not at all. He jerks, he scratches, and his pigeon-toed gait is so pronounced that he bobs as he walks. He is alternately charming, bullying, or silent. As he looks away, he laughs.


This comes somewhere in the beginning, so it has to be tantalising. Flanagan certainly knows about a good way to grab attention. From his subject as arriviste, to his perversities, his enterpreneurship of the arts and his inner demons, it is a sheer treat.

Walsh’s favorite novel is “Crime and Punishment,” and conversations with him can sometimes feel like talking to the deranged narrator of Dostoyevsky’s “Notes from Underground”: possessed, but rarely less than compelling. His obsessive desire to explain makes his thoughts sometimes seem to proceed algorithmically. Though the condition has never been diagnosed, Walsh and those around him believe that he has Asperger’s. It would explain his extraordinary gift with numbers, but it is hard to know where the condition ends and bad manners start. Walsh’s rudeness is legendary. “Let’s face it,” a close friend told me. “David can be a complete cunt. But he is also the kindest and most generous man you will meet.” Walsh funds a major tennis tournament, the Moorilla Hobart International, as well as Hobart’s MOFO music festival. There are also many and ongoing private kindnesses: kids he sponsors at Hobart’s Quaker school, support of several families, and friends he constantly helps. Pointing out that Walsh has always spent more than he has earned, Ranogajec said, “David was never motivated by money.”


I doubt if the idea behind the Booker Prize is to make you fall in love with a person the writer writes about, but here you have it. I am in love with David Walsh and I couldn’t be bothered about finding out anything more than I know about him through Richard Flanagan.
By Farzana Versey at 10:00:00 pm