The Dumbing Down of Debate — Of Bhagwat, Jayalalitha and a news anchor

Why are we a part of so much noise?

Sometime last month, a friend from Pakistan sent me a text message after a long gap of non-communication. He began by asking why I had not written anything on azadi and inquilab, the public protests of Imran Khan's party. I did subsequently post something, but the fact is that unlike earlier I did not feel the need to time it.

Part of the timing thing is, of course, old journalistic habit of commenting on an event or doing a follow up feature story. It wasn't mere deadlines I was meeting; thoughts were racing through my mind and wouldn't rest until they were put down. The mental race continues.

However, I have begun to wonder and ponder. There are many reasons for it, but here are a few. 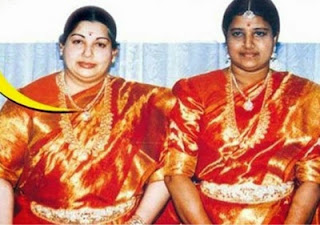 I was trying to locate an old column of mine after Jayalaithaa's arrest. Not only did I recall where it was published around the time when the case first got in the news, I remembered the picture that was used as well. While rummaging through the piles, I stopped. What was I doing and why? Did I want to scan the piece and put it up? What would it achieve? Did I want to use bits of it? Both were possibilities, and although my views are not dated I am conscious that despite the long articles written now, what registers most are stray sentences. Like some others, I do have a few of such sentences that can be highlighted. But, it is tidbits that seem to overwhelm — the number of the Tamil Nadu CM's domestic staff, what she ate, drank, wore. Would one want to break the linkages, the ingrained cohesiveness? Would one want 'light' readers to snigger about what they register as pop psychology, the calling out of which is another pop fad? 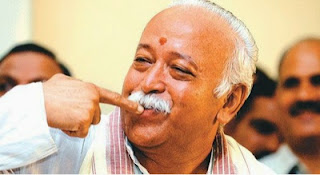 In any event, I gave up the search. Along the way, I found several pieces. One of them was on the RSS, another mentioned Mohan Bhagwat, who is in the news today because as chief of the Hindutva organisation he managed to get direct entry into national TV as Doordarshan telecast his speech live. If he has said pretty much the same things on earlier occasions, why should what happens now surprise me at all? Nothing has changed. If anything, it is the public secularists who are claiming their pound of flesh by revealing how fearful they are when they cannot even critique this kowtowing to a non-party organisation and drag in religious heads of other communities that do not — and thankfully so — have the standing to be so propped up.

It is the political wayfarers who find sustenance in such liberal rabble-rousing. In the process they ignore that history was no different. Perhaps, the ignoring is willful: It is about grabbing a spot in the sun. It is about a whoa moment holding on to the crutch of a meme to make a point that skims only the crust and lacks the drive, patience and integrity to probe the crux.

One would understand had such testosterone response been from novices. Why do seasoned analysts too join in the dirge of "We are going downhill" when all this has happened before, and not in ancient times? It has happened before our eyes in the 80s, 90s and the 2000s. The RSS speeches are the same.

What we should be doing is to keep our antenna up and raise our voices instead of looking like frightened deer before headlights. There is a horrible fallout of this: the guys in the front are getting hit. The mastermind is safe. For example, Doordarshan gets blamed for the Bhagwat speech when we know that the national channel follows government diktats. Besides that, attention is diverted from similar rightwing nonsense from previous regimes. It is one reason you rarely hear about the 1992-93 riots. This bothers me a lot.

Everybody likes a good fight, to be able to nurse wounds and egos, knowing well that in this junk-food version of news things come cheap and don't last long. And that is such a convenient thing for them. There is no fealty expected in the long run, no commitment.

During the PM's trip to the US, the way the word Modi was used revealed how indebted many in the media are to the new government and its head. A play on the name became less pun and more about building the cult.

Following an altercation between a media person and the rightwing cheerleaders, an industrialist close to the PM reportedly conveyed a message that Modi regretted what had happened. This is what should concern us more, that a businessman is acting as the conduit between a PM and a journalist.

Those holding forth have little or no experience in or about the media, just as the neo-experts are not experts at all. Journalistic space has been taken over by rightwing think-tanks or liberals with too many books and a lot of dust in their shelves. All that is debated is not news. Trivia and gossip too are discussed, and they have a place. But in the enthusiasm to legitimise the trivia or the addenda, opponents are getting more importance. Which is what they want and what they probably incited. Worse, the serious is getting reduced to the level of the frivolous, with its own version of flouncy bouncy analyses.
By Farzana Versey at 9:30:00 pm