The invitation Modi did not get...

Of Bukhari, politics and politicians

"Should we invite him? Say, do you want us to invite the prime minister? If not, what are we debating?" Tariq Bukhari, whatever be his other qualities or lack of them, nailed it on all the TV discussions I surfed through.

His brother Syed Ahmed Bukhari, Shahi Imam of Delhi's Jama Masjid, recently named his 19-year-old son Shaban Bukhari as his successor. There is to be an initiation ceremony to anoint him the 'Naib Imam'. Invitations have been sent out. Narendra Modi has not received one, although some other BJP members have. Political leaders from other parties as well as foreign leaders have been invited. Nawaz Sharif is one of them.

This whole package has led to a most juvenile debate — from the use of the coronation to the nationalism of Muslims. There is something cussed about how everybody plays politics to the detriment of how to deal with the immediate.

Recently, there were communal riots in Delhi's Trilokpuri. Should Muslims not address this as well? Instead of doing so, Ahmed Bukhari explained his reluctance to invite the PM thus:

Let me get this out of the way. Bukhari has no locus standi in the community. He is seen by Muslims as the head of a mosque whose primary job is as moon-sighter during Ramzan. Outside of the Chandni Chowk area he is persona non grata. Indeed, he does meet politicians and they do try to woo him to support their candidate. This works at the symbolic level of secularism.

Unlike the Shankaracharyas and certainly the RSS/VHP remote controlling organisations, there is little by way of Muslim leadership that can speak with any authority on the community. Bukhari does not even have the febrile impact of, say, the Deoband seminary in Uttar Pradesh. In that sense, he is non-controversial simply because he is irrelevant.

Having said that, I fail to understand why Kamal Farooqui of the All India Muslim Personal Law Board was screeching about how Modi is everybody's prime minister and he respects the office. In that case, he was also the chief minister of Gujarat and people could justify everything as respect for that office.

Even more unfortunate is how one invitation has again raised the question about where Muslim allegiance lies. I do not blame Bukhari for this because as I have taken pains to point out he is not in a position to decide or influence. But why are those in power even bringing up the loyalty card? Why is it not assumed, as in the case of the majority community?

The Congress Party's Renuka Chowdhary called Bukhari a social reformer. That is her problem, not that of Muslims in India. Besides, to be charitable, we have very many people in power who are hailed as reformers in full-page ads when all they have done is added varnish to derelict structures.

My first thought when I saw a clip was: what if Bukhari had not made a comment on the PM? Would it be considered just one of those occasions where a name is left out? BJP members are appearing on TV to express anger over this deliberate omission is akin to wrangling for an invite. Some have even said that if anybody attends it would be an insult to 1.2 billion Indians and display a lack of self respect. 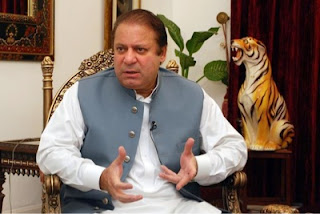 Is the invite to Pakistani PM Nawaz Sharif a reason for the bluster? Pakistan has fired along the LoC so anybody being friendly with the leadership is anti-national goes the argument. Track II developments have not stopped. If India is serious, why is it permitting such initiatives? Why did we offer Diwali sweets to their border forces, which they declined? Why do we continue to watch their TV serials and why are their actors and singers such an intrinsic part of our pop culture?

These questions are not about alarmism, but a genuine need to understand why we resort to such passive-aggressive moves. Detente cannot be carried out in studios; it requires leaders. And pragmatism happens to be the core of politics. What we see is not that; it is pussy-footing.

Modi did invite Sharif for his oath-taking ceremony. When this was pointed out, a BJP spokesperson was livid: "What kind of arrogance is this to compare." That says it all. It is a display of arrogance that prompts such a statement. The PM's function had all the pomp and pageantry of a coronation, so for the party members to remember democracy now when some fellow will be anointed in a mosque is disingenuous.

It is also galling when they ask why people do not recall other riots. We do. Today is the anniversary of the 1984 massacre of Sikhs under a Congress regime. The PM has announced a Rs. 5 lakh compensation to the next of kin for the over 3000 killed. It is good, although late and rather obviously a point scoring move. However, if this is the precedent, will we see similar announcements for the 1993 Mumbai riots, 2002 Gujarat riots, 2013 Muzaffarnagar riots, and a host of others?

Should the monetary exchange buy justice? That would be most unfortunate.

It is also time for the establishment to grow up and stop using the public to achieve its ends whenever elections loom ahead. There is too much of a price innocent people have to pay to 'earn' sympathy gestures.

If Ahmed Bukhari, or anybody else, incites people to violence and bigotry pull him up, arrest him, try him. Just do not use every occasion to flash your prejudices and give even more legitimacy to a non-entity.

End note: Just wondering what would have been the reaction had this been a khatna (circumcision) ceremony of Bukhari's son/nephew/grandson and not an anointment.
By Farzana Versey at 7:25:00 pm