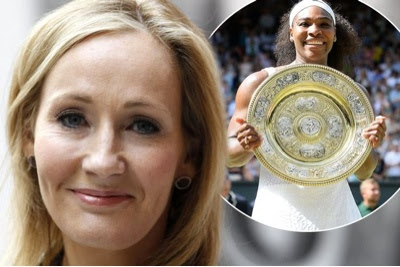 What should have been the brilliant Serena Williams' moment has transformed into a J.K.Rowling defending Serena one. The tennis star has enough calibre and celebrity to withstand stray comments, if she pays heed to them at all.

Instead, by rushing to her rescue Ms Rowling has reduced that victory to victimisation.

It started with Rowling posting her praise for Serena on Twitter: "I love her. What an athlete, what a role model, what a woman!"

A fellow called Rob responded with, "Ironic then that main reason for her success is that she is built like a man."

That's when Rowling did what she is now all over the place for. She posted two pictures of Serena in a slinky, clingy gown, her contours emphasised, and captioned it, "'she is built like a man'. Yeah, my husband looks just like this in a dress. You're an idiot." 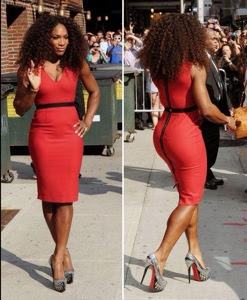 For doing this, Rowling is now celebrated for having "decimated", "destroyed" a troll. Seriously? Can't even imagine the search words she must have used to find these photographs. Was it "Serena looking like a woman" or "Serena's hips"?

Rob has an opinion about women's bodies, and he does not think twice about commenting on a tennis player's despite the fact that she has won due to stroke play and not what she looks like. But, is J.K.Rowling any different from the guy who is denounced as a "body shamer"? One may accuse him of being wrong, or of misogyny, but has he shamed Serena?

Why would being built like a man qualify as shame? If a graceful male dancer is said to be built like a woman, would that be an insult? It ought not to.

I am surprised that the media has gone all pulp prose to commend Rowling, who should in fact be ticked off. She posts a picture of Serena looking 'feminine' and goes on to highlight it. What if she did not have those curves, would she then be less of a person of the female gender?

Not all women are built in the mould that a Rowling fancies as representative, just as not all men are uniform in build that Rob implies.

Worse, Serena is objectified not by the unknown man, but by this celebrity author. It's almost like a put-on display to justify to that Rob guy that she is all woman, all flesh. This is body shaming because it feels the need to prove that it is the desirably accepted female body and not what a guy from somewhere suggests it is.

Serena has won a title at Wimbledon. Her body has not. So, J.K. Rowling and her cheerleaders in the media and social media, bereft of nuance, can just shut up. And perhaps grow up.
By Farzana Versey at 9:11:00 pm