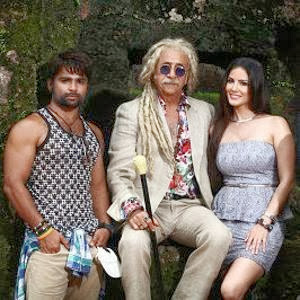 Would you expect a biology teacher who also takes a geography class to explain mountains and oceans in biology terminology? Or a writer of horror stories to pen a children's novel using the same language? Why then expect an adult film actress to necessarily go topless for a film of a different genre?

As the report states:

Why is it ironic? What she does, or did, in a related field was the demands of her work. She has joined Bollywood with different dreams, or else she would have continued in her old job. I have never heard her run down or give a sob story about her past profession, but it is only fair to let her make her choices.

There are other mainstream actors who do agree because of the 'demands of the script' and then go around sounding conservative or, worse, as victims of the industry. However, male actors like John Abraham or Ranbir Kapoor who have flashed their butt can go around citing this as their USP.

Sunny sees the cinema she is doing now differently, as she has every right to do. We are such hypocrites. Many will watch her adult stuff, but run her down and expect her to perform as per type. She finally gave that shot in a bikini.

However, a source has been quoted as saying:

"Though she was allowed to shoot wearing a top, it was later removed using computer graphics. Her breasts were then digitally superimposed from one of her earlier films."

I do not know how she has reacted, but it is a sneaky and unethical thing to do.

If she did not want to physically perform the scene, but has no issues with the portrayal.

It is not okay:

If this was done without her consent and defeats the purpose of her not wanting to even be seen bared.

In very old films, actresses wore flesh-coloured body clothes beneath their flounces and feathers. This included those who made short appearances in cabaret numbers. In some cases body doubles have been used for intimate scenes. They were aware that the audience would be unaware of the 'deceit' and would perceive it as their skin, so why did they do so? Simply because of the discomfort of performing such scenes with a crowd of lightmen, spotboys and others around.

In Sunny's case, the filmmakers think this is her territory anyway, so why the chariness? I have one question for these directors: they shoot such scenes often — are they expected to only direct such scenes and nothing else? And do they identify with these in their personal lives?

Image: Sunny Leone with Naseerudding Shah and Sachin Joshi in the forthcoming 'Jackpot'
By Farzana Versey at 5:40:00 pm