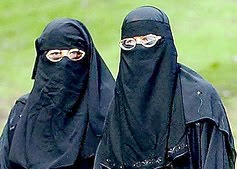 The Supreme Court has done the right thing to reject the petition permitting burqa-clad women to get voter ID cards without revealing their faces. The bench said:

“If you have such strong religious sentiments, and do not want to be seen by members of public, then do not go to vote. You cannot go with burqa to vote. It will create complications in identification of voters.’’

Absolutely. As it is, there is double and triple voting and poll agents cannot identify those people, so it is also possible for the veil to be misused.

However, it would have been more prudent for the judge not to mention religious sentiments at all, for they ought not to matter. This was a petition filed by an individual that stated:

“It will hurt their religious sentiments and the Election Commission must not insist on ‘purdahnashin’ women to be photographed for the inclusion of their name in the electoral rolls.”

The ‘their’ is not universal. If any of these purdahnashin women happens to be arrested as a suspect for a crime and needs to be paraded for identification, would there be any objection, knowing that she could be innocent and her life and reputation are at stake?

I truly find it ridiculous that the petitioner’s counsel has said it “would amount to sacrilege as their photographs would be seen by many men working as polling agents and electoral officers”. So what? Are those guys so besotted by veiled women that they will spend their time looking at the pictures? By pushing forward these ideas, it is such men who make what they consider respectable akin to some sort of pin-up.

The newspaper report mentioned the protests in France by the clerics. This was unnecessary for the dimensions were different. Besides, what is the point?

I only hope the Indian mullahs keep their mouths shut. If they are so enthusiastic, they can get into burqas themselves and then fight the battle in court.
By Farzana Versey at 5:14:00 pm