Realism vs. Affectation: The problem with Madras Cafe 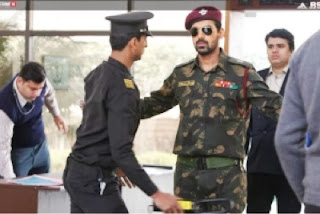 If you like your cappuccino flat, then head to 'Madras Cafe'. No one is looking for a typical Bollywood film — and thanks, but I have been exposed to and do have the aesthetic sensibility to appreciate good independent films from anywhere in the world, so cut out the lecture about 'intelligent' cinema.

To begin with, the film does not have a spine. Again, you can go against linearity only when there is a strong starting point from where you take off and return to, and not this jumble of an excuse that tries to pass as realism.

The backdrop is the Sri Lankan civil war and the plot to assassinate Rajiv Gandhi. The main characters are not named, which is fine, but this is most certainly not the film that will stand out as one to trace contemporary history. The purported 'espionage thriller' would fit into a couple of sequences in any mainstream film. With digitisation, it isn't too difficult to get the war scenes right. And we have seen the decoys, the smuggling of arms in jetties, the sneaky meetings with contacts in foreign countries in several films.

That 'Madras Cafe' is being touted as a pathbreaker is more a matter of prestige, where a few critics who are forced to review masala try and reclaim their intellectual space by 'understanding nuances'. Fact is, this film lacks a text, forget a subtext.

It opens with a self-conscious protagonist, Major Vikram Singh, who is drunk and morose. He lands up at a church where the helpful priest listens to his Confession, which turns out to be the film. This is a most tacky device for a flashback. It takes us to what could easily be stock images from award-winning war photography, all shot in black and white to ostensibly project the historical moorings. That this was the 90s makes it just planned stark imagery. It does not convey the immensity of loss.

At the offices of the Research and Analysis Wing (RAW), a few men in suits and the token woman have a farcical conversation about trying to conduct a peaceful election, with the LTF (obviously based on the LTTE), the main organisation representing the minority Tamils.

The LTTE did have a turbulent relationship with New Delhi, which had sent a peace-keeping force. The BJP and other Tamil organisations want the film banned because the LTF and other leaders have been referred to as terrorists. In fact, when the makers — that is, actor-producer John Abraham and director Shoojit Sircar — have been at pains to say they are not taking sides. They aren't, except for the cheesy insistence on referring to "our ex-PM" constantly, like some mantra. The controversy certainly has grabbed attention.

Director Sircar said in an interview, "I didn’t want to make glitzy thriller like Ek Tha Tiger or Agent Vinod, which seem inspired by the James Bond template. I want to show that intelligence officers are ordinary people who live amongst us. It is only that they have to solve issues where national security is at stake.” 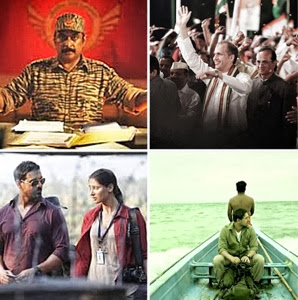 Has it really gone away from the mainstream?

So? Army men and rebels do sing in real life. The music of revolution is a separate genre. Besides, there are background songs, probably one of the two saving graces of the film, the other being cinematography.

We have a hero who is some sort of Superman, who flies in and out of cities, even taking on a bunch of dreaded fighters alone. At the RAW meetings they ask for their 'best man'. The officers are caricatures; the guys initiating backroom deals are just what you expect; Anna, the LTF chief, could have been playing poker; even the female lead, a war correspondent with a foreign agency, seems to be on a lone mission to tell the truth and not be biased. Have you never seen all this before?

Major Singh's wife plays the pining woman who does not do anything else but wait. On one of his return home trips, they manage to get into bed. It ought to have been a letting go, a release of passion. It need not have been shown, but implied. Nothing. This was as robotic as much else. Even when she is killed, his remorse is barely discernible.

• There is nothing over-the-top.

If we can have just one man who can save "our national interest", then we better get some emotion out of him. This tomtoming about reined-in performance just does not work. The film has taken 'staying in character' to new levels. Once introduced, the characters do not alter their expression at all. John Abraham could have been a poster on a wall.

It is immensely amusing that the lack of any romantic involvement between the Major and the reporter Jaya is seen as an important factor. Seriously, this is how most interactions are in real life. Since she is the only one who has access, has contacts, has a purpose, she manages to announce that standing for the truth does not make her anti-national. Why she does not smile is a matter that ought to make us deeply concerned about such expat patriotism.

The last 15 minutes do pick up momentum, never mind that although there was intimation of an assassination plot, the ex-PM was not kept in the loop. The RAW officer calls him up directly at the airport lounge asking him to cancel his visit, but does not even hint about the suicide bombers waiting for him.

In the end, the so-called national interest looks pathetic in 'Madras Cafe' because the police, the intel agencies, mainly RAW, the army, the secretariat all come out as effete and ineffectual, depending totally on one man they pulled out to conduct a major operation. Ek Tha Tiger should have been his code name.

{I hear the filmmakers are wrangling for a tax-free certificate. Perhaps, they should try one from the Sri Lankan government too.}

There is no need for realistic cinema to resort to affectation. Some critics are glad that this film was made at all. Have they never watched the movies of the 80s, of Shyam Benegal, Govind Nihalani, Saeed Mirza, not to speak of regional cinema? Have they not been exposed to the subtle performances of Balraj Sahni, Naseeruddin Shah, and Amitabh Bachchan too in a few films.

Each genre requires different skills, but at the centre of any film is the ability to connect. 'Madras Cafe' does not. It ends where it began: the drunken Vikram Singh has revealed all, and is guilty about his wife's murder and that he could not save "our ex-PM". His beard grown long, was there some mirroring of Christ in his slightly hunched form? Creating this aura around him makes him worse than mainstream; it takes him straight into mythology.

Finally, he brings out a crumpled sheet from his pocket — given by his father-in-law when he got married — and reads out from it: "Where the mind is without fear and the head is held high, where knowledge is free..." What has this Tagore poem got to do with his predicament? He has been sozzled for a few years. He has been visiting the church, the priest has seen him all this time.

Why now? Because there has to be a denouement. A flat cappuccino.

Images in collage clockwise from top left - Anna; the ex-PM; Major Vikram on his way somewhere; with Jaya, the news reporter.
By Farzana Versey at 2:18:00 pm