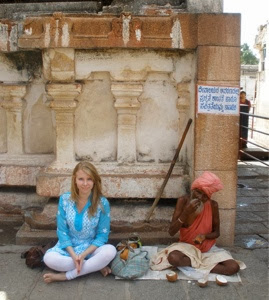 Why has everything become about rape? The US ambassador to India, Nancy Powell, was asked why Americans did not come to India for studies. This was during her visit to an institute in Ranchi. She replied:

"The concern for personal security and perceived increased danger to women as a result of the rape cases was perhaps a factor in US students' decision regarding study in India."

First let us get this out of the way. How many Americans would want to study in India? The obvious answer is, few, if at all. And these few would opt for an off-beat course, not any mainstream field of study.

India is a good education option for young people from Africa and the Middle East. One does not see European, American or Australian students here, unless their parents belong to the diplomatic corps or have jobs in the many multinational companies that have set up offices. They have a choice in the American School or the more elite institutions run by business houses.

The latter are doing a good job, in fact, of preparing Indian students to qualify for further studies in the West. Many of them will probably stay on, unless they have big daddies at home who will keep the swivel chair ready for them.

Chances are that nobody will bother to ask them about the dangers of living in any of the countries overseas due to fear of racist attacks, of gun culture, of teen pregnancies, of date rape, or of any of the problems that the young citizens of those countries face.

Certainly, it is disturbing that women's security is treated with such disdain in India. There is relentless harassment of female western tourists at some places and there have been cases of sexual crimes against them.

But, Ms. Powell is being unfair in using rape as the reason for students staying away. Or she is just feeding on the relentless media blitz following the Delhi gangrape and the articles that have kept up the momentum?

I have stated this often that we are indulging in the worst possible form of reductionism by making rape into an exhibit and repeating every detail, thereby objectifying the victim.

Instead of grabbing every news item and airing it, giving the cops their 15 minutes of fame, the media could be more proactive. It is not only about how the world perceives us, but how this sort of coverage impacts on minds. I am repeating myself, but this is creating ghettos where women are told to be afraid at every step.

The implication here is as bad as 'she brought it upon herself'. Women are told that if they venture into certain places, they could be raped. What does this mean? Would it not make sense to ensure that those places are well-secured if we know about the danger there?

And it would really help if all those Indians writing stories for the western media would not try and replace the old exotica with this backward society narrative. For, it is only one part of the truth. Those who capitalise on it constitute the rest of the this truth. They are the progressive regressors who use rape as an adjective without even realising how demeaning that is.

This post is not to ignore the problems faced by women from outside, as you will see in this earlier piece: Can Indian men handle foreign women?