A quick weekend roundup of what made news and what it means. 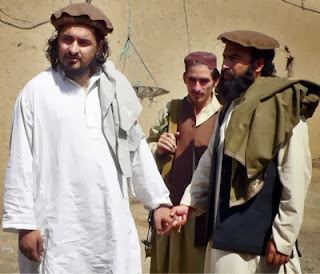 The Tehreek-i-Taliban chief Hakeemullah Mehsud has been killed in a drone attack. Liberal Pakistanis are jubilating that at last a drone has hit the right guy. (How often did they point out the wrong targets?) The problem is that they do not even try to put pressure on their government to deal with such men. I'd like to know how the Americans manage to get it right this time. If they are capable of good targeting, why is it that so many civilians have been killed? Was this a chance encounter that gives them enough ammo to live on before their exit from Afghanistan? (Incidentally, Mehsud has been 'killed' before, too.)

And then there is Imran Khan. His tragedy is that every time somebody from TTP dies or is killed Pakistanis start mourning for his political career. They don't even realise what an unhealthy obsession it is. But, then, he is a few words away, unlike dealing with the real McTalibs.

Just got news that Rohit Sharma has scored a double century in the ODI against Australia.

Due to too much hoopla, I've lost interest in cricket. But seriously, scoring over 200 in a one-day match is like cooking biryani is a microwave oven. 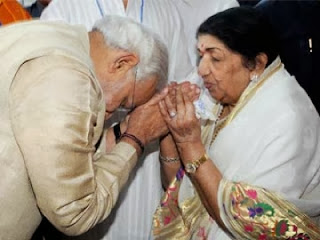 "Narendrabhai is like my brother. All of us want to see him become the Prime Minister. On the auspicious occasion of Diwali, I hope our wishes would come true."

Surely, Lataji cannot speak on behalf of all Indians. She is using a religious festival and has done what amounts to campaigning for Modi. We are aware of the family's leanings towards the Hindutva ideology and its support for the Shiv Sena in Mumbai. We also know how she made a noise about the proposed flyover on Peddar Road only because it would affect her. (She resides there.) Such political interference is not new, and when she was not getting an assurance she sulked and threatened to leave the city. Her sister Asha Bhosle spoke of moving to Dubai, which happens to be convenient because she owns a restaurant chain in the UAE as well as other Arab countries and London.

Wonder why Lataji has not sought a haven in Gujarat.

"With their (Mangeshkar family) divine voices, delighted crores of people making them stress-free with music and making their minds and bodies healthy."

PS: My views on Lataji predate Modi's appearance on the political scene.

Michael Fassbender is fed-up with everyone obsessing over his penis.

"It wouldn't be acceptable, it would be seen as sexual harassment, people saying (to an actress), 'Your vagina...' You know?"