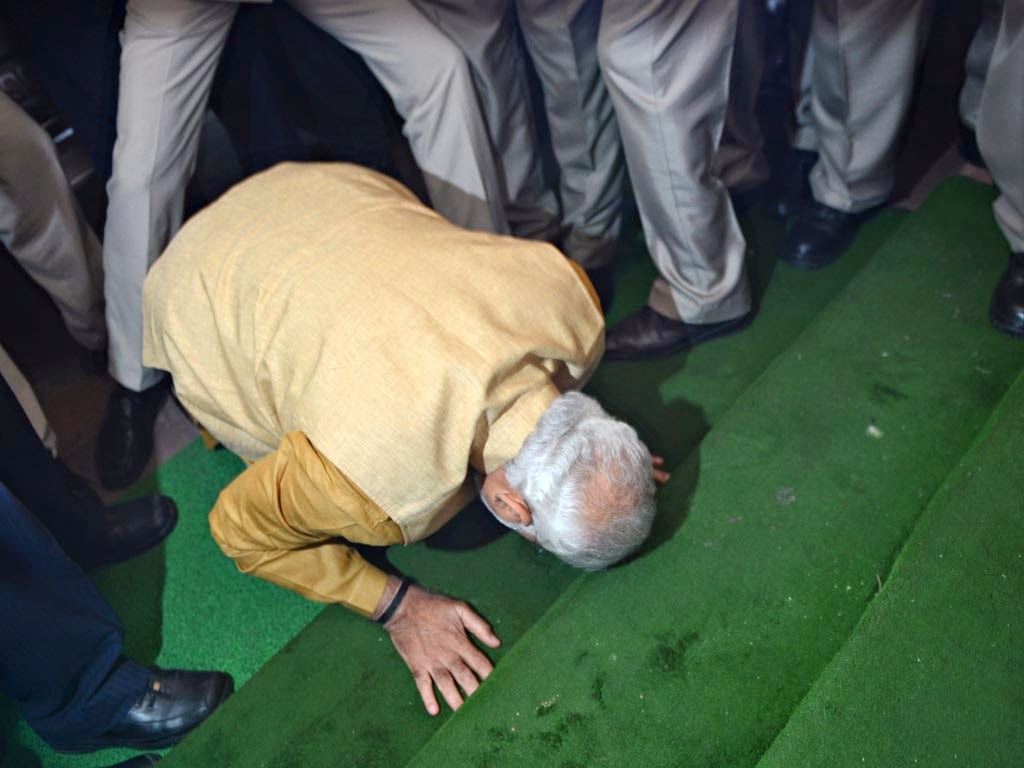 Narendra Modi is officially the new Prime Minister of India. L.K.Advani, who had expressed reservations about his candidature in public, proposed his name. He had no choice. The RSS decides these things, including portfolios.

To cut a very long story short. There is much emotion, as though it has come as a huge surprise. There is much talk about how emotional he got and how humble he was that he touched the steps of Parliament.

Modi addressed a gathering with the words:

“We are sitting here in the temple of democracy. We are not here for any positions, but to fulfill responsibilities.”


Parliament is the seat of democracy and paying obeisance means following the Constitution.

Mr Modi is, of course, quite accustomed to bowing – whether it is before the controversial boy godman Nityanand, or guns during shastra puja, irrelevant in contemporary times, or before Swami Pramukh Maharaj.

He repeated that he was the son of a poor man, and that was the strength of democracy.


Reminiscent of Indira Gandhi’s ‘Garibi Hatao’ slogan, he spoke about a government that thought about the poor, listened to the poor, lived for the poor, and dedicated themselves to the poor. It must be noted that this time’s Parliament comprises of the richest.

Meanwhile...these are not supplicants, but bureaucrats: 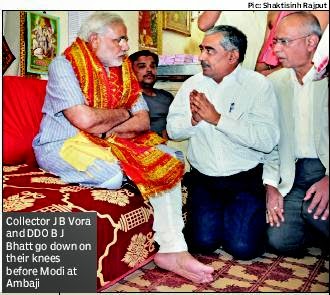