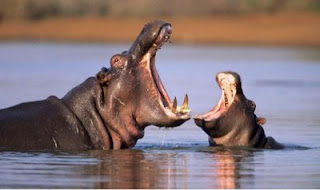 The last thing one would think about in a men's innerwear ad is a mother. The Amul Macho series has had some 'macho' moments, but it is pretty much oddball. In the latest one, burglars enter a house and are in the process of robbing it clean when the owner lands up in the room. He looks pretty much unlikely to take on the main big-built thief.

The 'hero' picks up the phone. Thief says, "Don't call the police or I'll shoot you."

"I am not calling the cops, I am calling your mother!"

"Why?" asks the thief, panic on his face.

"How do you address your mother?" the owner persists.

"Maaa," says the thief, pleading, almost like a child again.

"I must tell her about the big-big things you are taking away."

"Keep away the big things..." he tells his boys. And then to the hero, "Please don't tell Ma."

Much as I dislike stereotypes, the nurturing by the mother begins even before birth. Marketing gurus might sell products using this as a hook, but should we deny it because of that? The tagline "Bade Araam se" is indeed apt. That the guy wearing such inners can handle a tough situation. The entry of his wife at the end, holding him with approval, could be seen as a helpless bystander, but she is not in the frame earlier so I won't nitpick.

However, it is the thief who really makes this ad work because of the unseen mother. His fear of her also conveys a deep respect for the values she instilled in him, and that he is not adhering to.

I know it might seem that one is pushing it to justify a Mother's Day tribute, but the fact is that each time the ad appears on TV I wait for the word Ma.

On a side note, I do admit that I'd have committed fewer mistakes in my life had somebody called up my mother. I won't say no mistakes because, as another ad says, "Kuchch daag achche hain!" Some stains are good.

But mothers aren't detergents. They are water.

Also: Forrest Mum and Miracles" and Mamta (when age catches up)