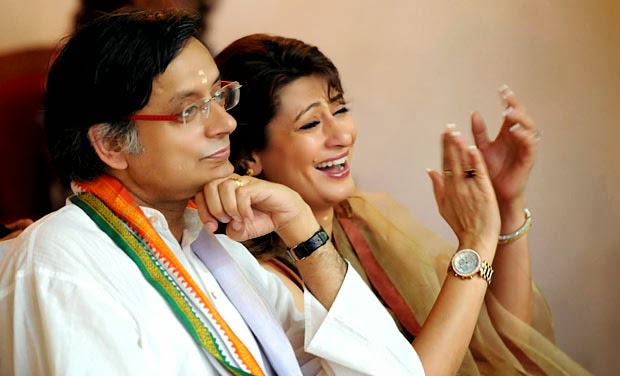 While the death of Sunanda Pushkar, wife of former Union minister Shashi Tharoor, appeared to leave several unanswered questions, I am not sure about the latest “twist”.

Dr. Sudhir Gupta, head of forensic sciences at AIIMS, has filed an affidavit in the Central Administrative Tribunal (CAT) claiming that he was 'pressured' by former Union minister and president of AIIMS, Ghulam Nabi Azad, to act in an 'unprofessional' manner to cover up the matter.

"(The) applicant could not muster courage of openly placing the facts in black and white as the former president of AIIMS Ghulam Nabi Azad was an immensely powerful politician and the then health minister, and the husband of late Sunanda Pushkar was also a minister and a powerful politician," the affidavit stated.


Why was the job more important to the doctor than ethics? This query is valid now because there are charges of plagiarism and misconduct against him. Is he trying to cover his own tracks by alluding to a cover-up? What exactly does being pressured to act unprofessional really mean? This case was very public; the police were on the trail. Importantly, the forensic findings pointed out injuries, an overdose and drug poisoning. If there was pressure – and it not unlikely – nobody seemed to have keeled under it, at least as far as a medical report goes (although there were contradictory ones).

Before further investigations, the doctor should be interrogated not only about the nature of the pressure, but what he did not reveal in the report that he was forced to cover up. If it is different from what he gave the police, then he should be tried in court and his license taken away until he is cleared. It appears that he wants to be in the political good books and is more concerned about saving his own position.

Now that the case has resurfaced, there are a few points that need to be addressed.

The Congress made a huge mistake by fielding Shashi Tharoor, although he did win the Thiruvananthapuram seat. The point is about probity. He is not an accused, but the death of his wife under public and social media glare, where he himself was involved, sent out a message of arrogance and powerplay.

BJP members suggesting that there has been silence have got it all wrong. The media, in fact, went into overdrive then. The rumour mills were churning out conspiracies and propping up some of the players, however tangential their involvement with the personae. (My earlier post)

There were three main reasons they felt that Sunanda could have been murdered:


Regarding IPL, she essentially indicated that she was made into the scapegoat. Either way, as it was sweat equity it would be difficult to pin down as financial skullduggery.

The ISI angle is ridiculous, and one of the reasons the case did not gather momentum. Tharoor is not a big-ticket minister, so sending a honey trap would not make any sense. Also, a gushing fan as honey trap would be counter-productive. The only notable point here is that the lady was planning to write a book on the Kerala elections. Seriously, there were attempts to get a publisher for a Pakistani to cover elections in an Indian state that has little emotional or real connect with the neighbouring country. The ISI can be accused of many things, but not stupidity.

The third reason is the personal equation between the minister and his wife. Sunanda was quite open about accusing him and just as suddenly expressing positive vibes. But to call him a murderer when they were both image-conscious people is a bit much. If things did go wrong, then they had other ways to resolve the issues. They had been through such phases in life separately before they got married to each other. Her father, brother and son all stood by Tharoor even in their moment of grief. Were they pressured too?

She was certainly in bad shape as her online activity reveals. But she was an independently wealthy woman and not dependent on her husband. She was also a glamorous person with a public profile that did bring its share of snarky comments. She had survived them.

In January, she became a corpse in a five-star hotel room. With injuries. They have not been explained. No amount of poisoning can cause these. Tharoor has said he wants the cops to probe. He should pursue the case, not to absolve himself but because like others he too must be concerned about it.

Until then, the rumours will over-ride justice.