Rape, murder, and a demeaning verdict 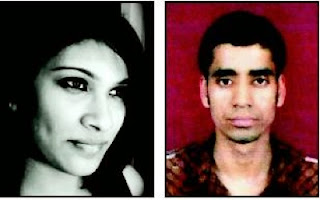 What exactly are some Indian judges smoking? In a 141-page judgment that sentences a watchman to life imprisonment for the rape and murder of a young lawyer residing in the building he guarded, the language used by the bench is disgusting.

I am against capital punishment, and while the parents of Pallavi Purkayastha naturally wanted the criminal Sajjad Pathan to suffer for the cruelty and their loss it is not a personal battle.

However, should the judge not display some amount of sensitivity? She was attacked 16 times, and the prosecution thought this was extreme cruelty. The judge Vrushali Joshi said:

"It caused her a painful death. This can be termed as cruelty, but not extreme cruelty."

I am aware that these terms are in the rule-book and a judgment cannot rely on emotions, but what are the yardsticks to gauge extreme cruelty?

Refuting the prosecution's case that it was a pre-planned murder, the court said when Pathan first answered Pallavi's plea for help after the power went off, he took another watchman to the 16th floor where she lived but did not enter the flat. "At 1am again, when the victim called him, he went with Khalid (electrician) when he could go alone," the judge said. The court added that from the records it appeared that when he saw Pallavi in scanty clothes, "he was excited and it was the point when he thought of ravishing her".

What is this? Where are those who keep talking about 'victim shaming' when it involves celebrities? The judge is casting aspersions on a woman who is not even around to defend herself. I am surprised Sajjad was not let off, given the tone of the verdict. The implication here is that he was a good guy who was in fact not comfortable going to the apartment of a young woman. Why? She was a resident like any other. Worse, the judge says that it was her clothes that "excited" him and "he thought of ravishing her". Rape is ravishment?

It is back again to what women wear, how they live, and the effect it has on the hormonal male mind. That he gets a character certificate for until that moment when he could not control himself should tell us just the kind of society we live in. To take a broader view, an example of this comes from the statement of Pallavi's live-in partner Avik Sengupta (who died due to a brain ailment later). While recording his statement during the trial he had mentioned that she used to complain about Sajjad staring at her. His response was: "You are a pretty woman."

Back to the judgment, some of it is absolutely shocking:

The prosecution had claimed that the most aggravating circumstance against Pathan was that he had boasted about the crime and even laughed about it. But the court observed that he must have laughed as he was frightened after committing the crime and said that Pallavi being a strong girl had resisted him. "One cannot come to the conclusion that he must have enjoyed killing her," the judge said.

So the judge is psychoanalysing it as nervous laughter and covertly blaming the victim for being "a strong girl". The fact that she resisted till the very end — there were blood trails till her neighbour's flat indicating she was seeking help — draws attention to the rapist-murderer's intent and not become reason to highlight his laughing at her strength.

He is young and I agree with the tenure of the sentence. Life imprisonment should set him right. I do not agree with those who think the death sentence works as a lesson. If anything, the judgments should be worded with care and send out a signal to people. Women should be made to feel safe and empowered and men should be made to realise that they have no right to infringe on a woman's body or space irrespective of how she is dressed or how she chooses to live.

The person committing the crime is not the only criminal.

Earlier reports that quoted Sajjad Pathan's security agency head as saying that he has brought shame to Kashmiris. Some newspapers played this up. How often do you hear about a whole region responsible for the acts of an individual? Immigrants have been blamed, but it does not become a cause for the state they come from to feel chastised. Sajjad Pathan could be from anywhere.