Imagine you are ready to die. They are going to kill you. 25 years after you have committed a crime. Raped a 14-year-old girl and then murdered her. You were 28 then. You wait, arms stiff, body taut, eyes numb.

They hold your hand tightly, as though they are drawing blood for testing. They probe and prod. They cannot find your veins. For 90 minutes they try this. One hour and 30 minutes you are already suffering a slow death. 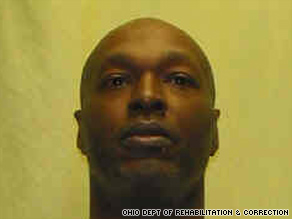 in that could handle the lethal three-drug injection. Had he been tried and sentenced soon after the crime he might have had to spend time in a prison cell for long. Since 1999, the state has resumed executions.

They finally conducted a medical examination and found that his “right arm appeared accessible”. Who would imagine that one’s own arm, that too the right one, would become a traitor? He must curse that arm. What if he had no right arm? What if they had not found this access path? What if…?

I do not sympathise with his crime, although I am against capital punishment. I have said this often that killing a killer does not stop murders anywhere in the world. There is no precedent to prove it.

But, the idea of a man waiting for that final moment when in his full senses has dark elements. An ill person knows about malady and fatality. A person in an accident is taken by surprise. But to have to wait for death? Was he thinking about what he did 25 years ago? Did he even remember the face of the girl? Did he think about the details of his crime? Did he feel remorse? Did he hate himself?

Right now he must be only thinking about his veins.
By Farzana Versey at 11:50:00 am