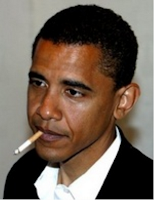 Osama bin Laden has sent a message directly to the American people. This time there is no video footage; just an audio with some images. He says:

“The time has come for you to liberate yourselves from fear and the ideological terrorism of neo-conservatives and the Israeli lobby. The reason for our dispute with you is your support for your ally Israel, occupying our land in Palestine.”

Our land? I think by bringing in Israel he is deflecting the issue and really pushing the anti-Semitism idea, which is counter-productive. The funny thing is while some westerners are not willing to grant Al Qaeda the role of culprit in the attacks, this man wants to be seen as the criminal. Where was the Al Qaeda when America attacked other nations? The Israel lobby has always existed, and Palestine has rarely had support from Arab nations in real terms. In fact, Palestine is different in many ways and has to deal with Israel on a daily basis.

The response from the White House is facile. The press secretary said:

“I don't think it's surprising that Al Qaeda would want to shift attention away from the president's historic efforts and continued efforts to reach out and have an open dialogue with the Muslim world.”

Please. These open dialogues are as good as marshmallows during Halloween. What are these historic efforts? A lot of blah-blah, just like saying racism will end if the Prez has beer with Henry Louis Gates Jr. And Al Qaeda is not in the US. Does a small radio clip have the power to shift attention? Does the ordinary citizen care one bit whether Obama has historic or pre-historic discussions with the Muslim world, whatever the heck that means?

It is time the White House realised that there is no single Muslim world, just as there is not one kind of American. During elections, the red and blue states are clearly divided. So, wake up and smell the Starbucks, which is indeed the great leveller.
By Farzana Versey at 6:39:00 pm