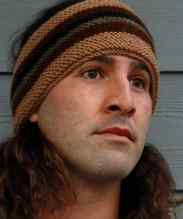 Do I have the right to walk around naked in my own house? Yes? No? Does someone who happens to see me in this state of undress have a right to file a case against me? Erick Williamson, a resident of Virginia, has been convicted because he was packing up some belongings in the buff in what is his house.

The cops, prosecutors and two witnesses are behind what I believe is a bizarre move.

Witness One: School librarian Joyce Giuliani was driving past his home when she heard some loud singing and turned to look. She saw Williamson standing naked directly behind a large picture window.

Witness Two: Yvette Dean was walking her 7-year-old son to school along a trail that runs by Williamson’s home. She heard a loud rattle, looked to her left and saw him standing naked, full frontal, in a side doorway. “He gave me eye contact,” she said, but otherwise made no gestures toward her or her son.

Both these observations happened within a matter of hours. It shows that this could be a one-off incident. That is besides the point, anyhow. The accusation is that he was not merely naked but was drawing attention to himself.

Imagine that a man is all dressed up in a tuxedo and he decides to hum a tune or make some other sounds in his own home; he could drop a glass or move a chair or even bang his head against a wall. Would these women who turned to look be offended? Technically, he is by their conjecture drawing attention to himself. What is the difference?

He rightly thinks this is an issue of personal freedom. Making eye contact with someone who is looking at you is not a crime. One might ask how a woman who is driving past notice the full nudity. Was she giving him the eye? He made no indecent gestures. Her son saw a man naked in his house. It is a natural state. He was not performing any act that might cause emotional damage to the child.

As Williamson said, “I think that being tried and found guilty of something like this is outrageous. I feel like I’m living in a fishbowl.”

The women say they saw more of him than they cared. There are several instances in everyday life where we see a lot more than we want. Switch on the telly and you have gross images of violence and stupidity. Walk down the street and you will find garbage heaps. You may hear pressure cooker whistle sounds and the smell of overpowering food at the neighbour’s. You could hear people quarrelling, things being smashed, songs being sung, and even some moans and groans if their walls are thin and the lovers next-door loud. Some of these one may complain about because they infringe on one’s space.

But if you are passing what is someone else’s private space and they are doing what they are doing without in anyway disturbing you, then tough luck if you find it offensive.

The two women even testified that they were not aroused! That’s good. At least they are upholding certain values of not letting their hormones overtake as they whoosh past in a car or walk their child to school.

Meanwhile, it might help if they did not get so turned on by sounds of someone singing or rattling.
By Farzana Versey at 5:20:00 pm