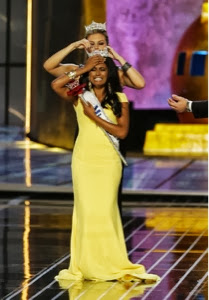 Why OD on racist comments against the latest beauty pageant winner when the majority of Americans don't care? If they can accept yoga, herbal cures and gurus, and even Spelling Bee and American Idol winners, why would they have a problem with Nina Davuluri, an American of Indian origin, getting the crown?

I found the comment by the host of Fox News and Commentary, Todd Starnes, rather curious:

What is a 'real' American? I didn't ask 'who' because it is only an idea, and could be represented by many perspectives. Miss Kansas is an Army Sergeant. It was the first time a contestant displayed tattoos. As these do not constitute values, one wonders whether her serving in the forces has anything to do with it. If that represents fealty by default, then does it mean that "liberal" judges do not understand American values? How are values to be displayed on a stage such as this?

What about the comment by Miss Florida Myrrhanda Jones? When asked about minorities having low-incomes, high-unemployment and incarceration rates and what should the country do to address this, she said:

"My father is unemployed. It took a lot for me to be able to stand on this stage. ... We need to have more jobs in America."

She was cut off before she could continue.

How would American values be factored in here? Was she not addressing a real issue with a personal example?

The 2014 finals on September 16 represent a small segment of the United States. There are bound to be reactions by just such a small group. That they are ill-informed is another matter.

However, Indians who like celebrating every 'foreign' success are likely to forget their own biases. Davuluri was referred to (wrongly) as an Arab and "Miss Al Qaida". This, more than anything else, would bother the majority of Indians, because we too tend to box in all Arabs with terrorists.

Then there is the profession. She wants to be a doctor. Indians are so hierarchy and status conscious that they will look down upon anyone who does not have such acceptable professional aspirations. Indian doctors in the U.S. are as much a stereotype as are motel owners or, as one of the angry responses mentioned, "Miss America? You mean Miss 7-11."

Had she mentioned that she wanted to run a nail spa or be a flight stewardess, Indians would not quite like it. They would then not be as concerned about racism as they are now, which only reveals their prejudices as much as those who are ranting about it.

The question posed to Davuluri was rather ironical. Responding to Julie Chen's decision to have plastic surgery about making her eyes less Asian, she said:

"I don't agree with plastic surgery, however I can understand that from a standpoint. More importantly I've always viewed Miss America as the girl next door. And Miss America is always evolving... I wouldn't want to change someone's looks. Be confident in who you are."

How many contestants say they are the girl next door? I find the term quite patronising, whoever utters it. Besides, what is the standpoint of understanding an alteration in identity? Are looks the only criteria that ought to be judged where such change is sought?

"I'm so happy this organization has celebrated diversity, and, on this stage tonight, there was so much diversity."

53 women from places with a different climate, accent and cultural nuances, are bound to be diverse.

By emphasising the origins, immigrants, that too second and third generation, in some ways disqualify themselves. When she stood with Crystal Lee, the first runner-up, even before the results were announced, Davuluri said:

"We are making history right here as Asian-Americans."

She is Miss New York. In that state you bump into all kinds of people. Choosing a platform that is meant to celebrate pulchritude — let us cut out the tripe of the talent and question rounds (Syria?!) — she was no different from any other contestant. The primary motive is to look good, and also play up the exotic if you've got that.

Rather cannily, the discourse has shifted from sexism to racism, when the body objectified is also a form of 'segregation'. 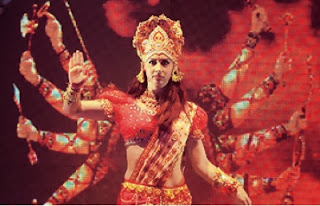 In a just-concluded dance reality show —'Jhalak Dikhla Ja — on Indian television, an American lost out to a telly soap actress. Lauren Gottlieb is not an Indian citizen, but she has acted in a film and plans to work in India. She performed a few Indian-style dances, too, and was a delight to watch and by far the best dancer. She got the most number of perfect scores from the judges. So, it is obvious that she got fewer votes from the public — the Indian public that is obsessed with westerners did not want to see her win. And then we talk about racism.