Everything is not about cynicism. We have a tendency to applaud only acceptable forms of protest. Now that 54 per cent have voted, Mumbai seems to have reclaimed itself. 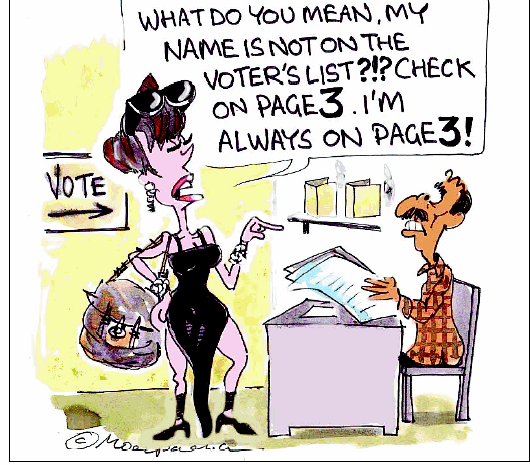 There was much carping about the low turnout in the city until late afternoon on poll day. As the celebrities from Page 3, Bollywood, industry have been photographed, it is obvious that the others who didn’t go out and vote do not fall into the ‘luxury’ category. Not everybody is holidaying, not everybody is at kitty parties or watching movies, not everybody is smug.

It is for these not everybodys that I still laud my city. Whether they say so or not, refraining is dissent. I do have a problem about showing the middle finger though, because it insults the Indian Constitution and is churlish. But, for those who made a conscious decision, it is time to feel empowered. As residents of the financial capital, this sends out a strong signal to the complacent establishment.

There is the usual noise about how you can therefore not criticise the government. You can. If you pay taxes, don't throw garbage in the street, don't clog drains, don't incite people to anti-social activities. You can and you must.
This option is visible. For all those with inked fingers, nobody knows where their affiliations lie and therefore it would be interesting how willing they would be to stick their necks out for the party of choice, irrespective of the results.

This brings me to the idea of ‘privacy’ of choice. It appears to contradict the process of 'assembly'. If people voted en masse with a specific ideology/manifesto in mind, then it would be active participation. I am beginning to respect those who vote for freebies because they are not those insufferable ones voicing their tosh about rights. They seem more selfish than politicians, who are often upfront about their ruthless ambitions and even their lies. You can see through them.

My constant refrain is that the candidate or party you vote for is not going to be answerable. They might change alliances anytime.

How prudent was it to carry this story about 28,000 safai kaamgaars from the sweeper’s colony and their voting choice on the eve of the polls in Mumbai?

We have spent over 100 years here but we do not own these rooms. Several generations of our family have been in this profession and even the educated members of the community have been forced to take up this job as we do not have any other accommodation. No party takes active interest in our upliftment. So, we have unanimously decided to use the None of the Above (NOTA) option in the Lok Sabha elections," says Devendra Makwana, a resident of the BMC sweepers' colony near Arthur Road Jail, Byculla.


This was uploaded on the website at 11.30 pm. The Congress MP or his supporters, of the rival parties’ candidates could easily approach them for what is essentially a municipal issue. They could make promises, offer sops, anything. In fact, members of the Maharashtra Navnirman Sena (MNS) and Aam Aadmi Party have been quoted in the report.

This picture in the social media was touted as evidence of democratic power: 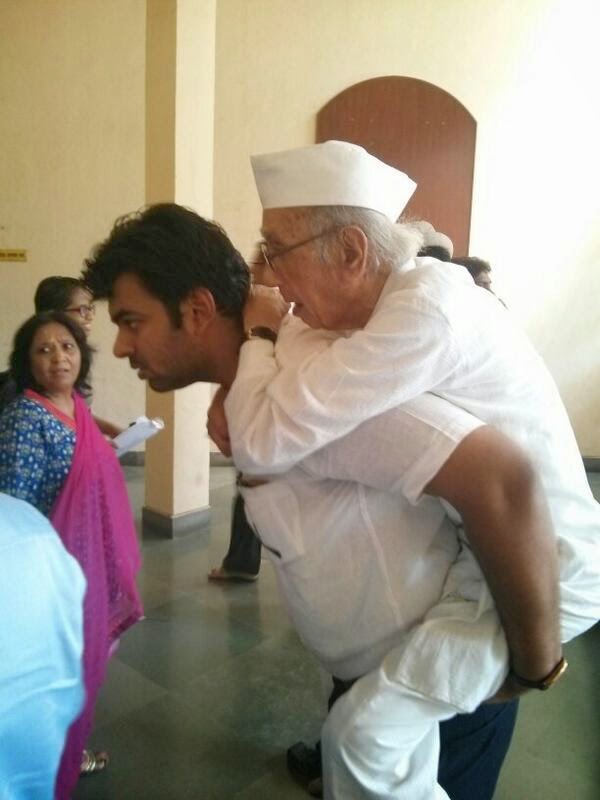 Is it applause-worthy? It is shameful and distressing that in this city, this country, the poor, the elderly, and the disabled do not have the means to live with dignity. Unless, somebody decided to deliberately stage this for a photo-op.

So this is exercising franchise - go vote and get discounts, and fatten the purses of those who will benefit the most anyway? 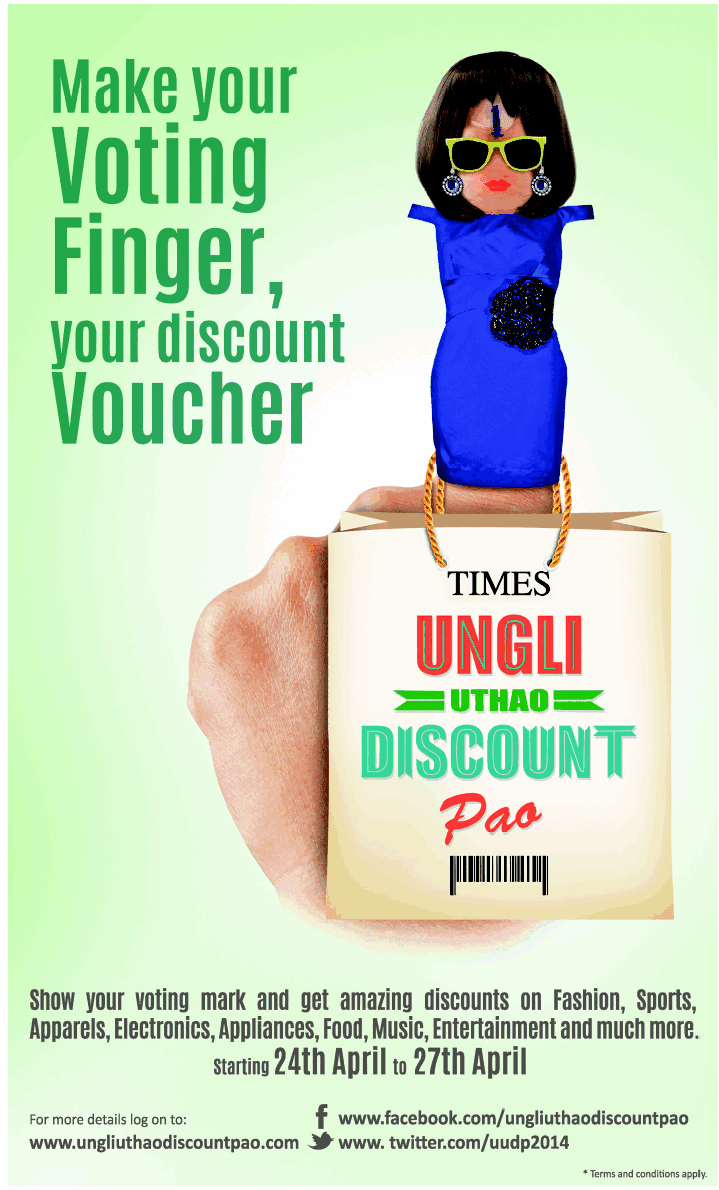 Then there was the Election Commission doing its bit from secularism. Or, was it the media? 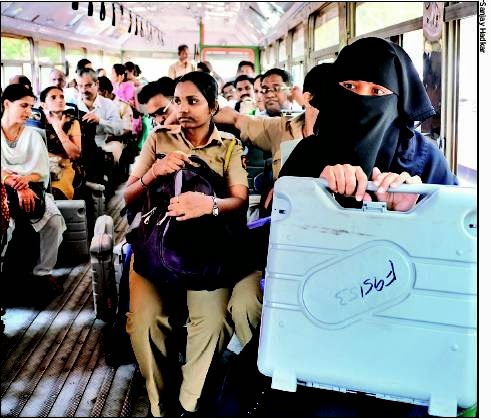 How do people vote?

The poor with their helplessness.

The middle class with the belief that their version of right and wrong are supreme.

The very rich by calculating who will give them the best deals and pass their lolly dreams.

Therefore, voting is all about getting returns.

And it is only one part of democracy. The whole of India waits in long queues for every little thing. No one applauds them for standing for hours to get their rations, their buses and trains, their seats in schools and colleges, and water dripping into dirty buckets from slowly drying taps.

Will those who did go to the booths accept whatever be the verdict and stop cribbing from now? Unlikely.

I have retained my right to rant. I am the alpha satvik voter.