On caps, Vajpayee and the Modi Trial

There is competition over who meets Muslim clerics among the two top political parties, and then both accuse each other of appeasement.

When Sonia Gandhi met the Shahi Imam of Jama Masjid, Ahmed Bukhari, she apparently got an assurance from him regarding her plea that Muslims should not divide the secular vote. The BJP accused her of vote-bank politics. It was as though they had captured the Muslim votes already in that little meeting that has nothing to do with Muslims at all. 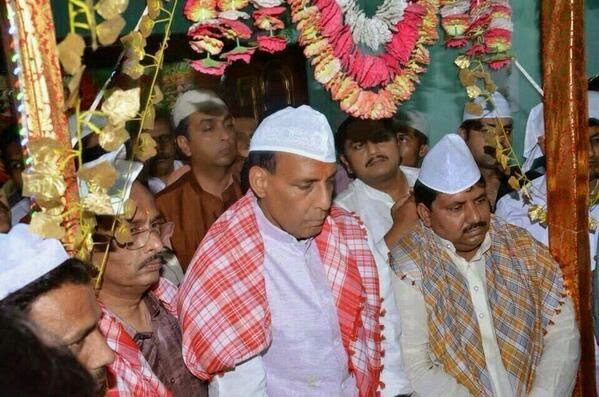 Both described these as courtesy calls, but when pushed the BJP said:


“Rajnath Singh is a candidate and it's his duty to go door to door to everyone's house. Not be selective. All prominent persons in Lucknow are close to each other. So we have to call on everyone and reach out to people of all sections.”


These politicians talk about wanting to improve the lot of common people, so why are they meeting “prominent persons”? One of the clerics later told a TV channel: “We are scared of Narendra Modi, but Rajnath Singh has the acceptability of Mr. Vajpayee.” Congress spokesperson Sanjay Jha got into a bit of trouble over his statement:


“The weakest PM ever was AB Vajpayee, who wanted to sack Mr Modi for the ghastly Gujarat massacre, but succumbed to BJP bullying.”


Does anybody recall Vajpayee’s support of Modi post Gujarat riots, his speech in Goa at the time? Does anyone recall that he was famously called a ‘mukhauta’ (mask) by his own party man? He was positioned as the nice face and knew about it. Jha further stated:


Hindutva parties are so against Pakistan and would oppose any red carpet welcome, but now they have nowhere to look. So they call out the change in the earlier Congress stand where the former PM was praised. This is so churlish. I do not agree with Jha about using Pakistan as a touchstone to decide strength and weakness of our national leaders, but it is no big deal. The Sangh has been critical of Jawaharlal Nehru for years as well as Mahatma Gandhi.

Most of them are in a twist. No politician can keep religion out of politics because they themselves are blind worshippers of anything that will get them power.

Vajpayee’s photograph with a skull cap and Rajnath Singh’s recent one are making some kind of statement to transpose with Narendra Modi’s refusal to do so. In the by-now hyped-up interview he gave India TV, the loop on the skull cap was played in the promos and given prominence. My stand on it has been clear. I do not think it is important, nor is it evidence of secularism. However, if he talks about it, there will be some counter argument. This question should have been irrelevant, considering this was a major interview.

In a mock courtroom, he sat in the witness box. This effectively made it appear as though he was taking justice head-on. Nothing of the kind happened, and it was a horribly creepy show, where the audience clapped after every sentence. It lacked dignity and probity. It was a sham. The interviewer Rajat Sharma helped Modi sail through, not only with planned queries but his whole demeanour of agreeableness.

The cap question was designed to give Modi an opportunity to softly peddle his views about a community. He gave it a lot of importance, and spoke about how he would respect all cultures, but not do what was against his “parampara” (tradition). I have an issue with this. 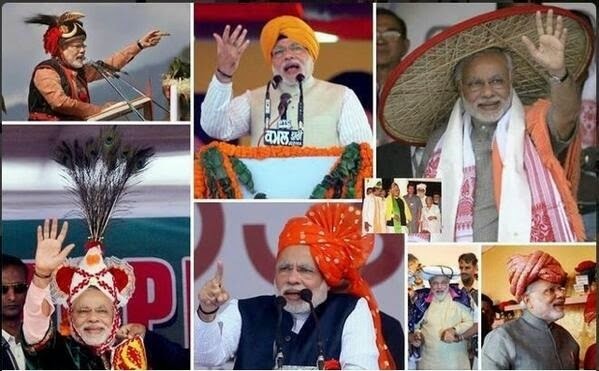 He positioned himself against one community, showing that they were outside his parampara, which I assume is Hindu. It better be, for India is not a Hindu nation and Indian Muslims, with or without skull caps, have a stake in it. Indian parampara is as much ours. To transpose this cap against the others makes for an interesting discussion when one is given the argument that he wears other caps because those are regional. How is the Sikh turban regional? Are the khasis not Christian? I won’t even get into his Buddhist outings, for he has cravenly started even using Dr. Babasaheb Ambedkar, who would find him an untouchable (pardon the use of the term).

When people get competitive about who is wearing what, then we need to shut up about secularism. These are ritualistic and gimmicky. However, if political leaders go to the Ajmer dargah to beg for favours from a dead saint, then they have no right to make distinctions about parampara. Modi knows that there are a few influential and rich Muslims in Gujarat or of Gujarati origin who contribute to development, his presence being absolutely incidental. Why, then, does he meet Muslim religious leaders? Why does he not go to the relief camps, instead?

One person in the audience asked in a pained voice how he coped with the aftermath of 2002. Seriously, nothing could be worse than asking a man who uses the “puppy” analogy for Muslims about how he coped during the period. He said it was “Satya ka saath, desh ka pyaar” – The side of truth and love of the nation. Such delusions.

I obviously did not expect any counter-questioning, but he was clear about his position as a grand mufti of sorts.

Pictures were shared of the big moment. People sitting out in the open on plastic chairs before huge screens when even slums have TV sets. This cannot be spontaneous; they were herded there to create a buzz. After all, this cleric was going to give his devotees a sermon.

Also: Modi reads from The Satanic Verses
By Farzana Versey at 8:35:00 pm