“At least he is doing something,” they say.

Yes. This charity consciousness may work for those who do not have to go through the problems Aamir Khan’s subjects have gone through. ‘Satyameva Jayate’ cannot expect to be beyond reproach only because of a celebrity host. 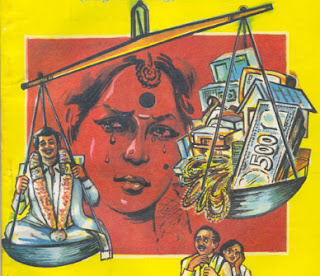 Yesterday, it dealt with dowry. Why is it seen as something new and why must it be lauded as one more attempt? There are several. More importantly, why did they interview a man who was kidnapped in a village and made to get married? This is a rare custom of ‘pakadva vivah’. It gives the impression of being the norm and, if the impact of the programme is so great, then would it not justify women being kidnapped and forced into a marriage of convenience? Are women to be shown as only ‘marriage material’?

The other issue I have is with the simple, no frills marriage. Curiously, two Muslim social workers and two veiled women represented this. May I ask why? And what did the gentleman from Burhanpur mean when he said, “In 60 years no woman from our place has been burnt to death”? Is that an achievement? And the host and the audience applauded, instead of saying categorically that this was a crime and they’d have been behind bars had anyone done so. I do not see why women have to be demeaned with such a back-handed patronising attitude.

‘Samuh vivah’, community marriage, is quite common; it saves money spent on the hall and priests, and yet has a festive air to it. People do want nice weddings. Instead of lecturing others, Mr. Khan forgets the expenditure on his own and his nephew’s wedding functions. Of course, there will be some who might say I am getting personal, and I am. You cannot tell people to stinge on bricks when you live in a mansion.

It would have helped to also highlight the price for different categories of men - IAS guys are the most expensive apparently.Why not talk to men, the in-laws? This is effectively putting pressure on the victims to recount their experiences and therefore, in a way, be responsible for holding themselves up to scrutiny.

As for the girl who had done a sting operation on her future in-laws, she got lucky she found someone who she says is understanding. But stings are not the solution. The cases highlighted were of arranged marriages. This happens even when it is a love marriage, and it may not be called dowry. Today, a working woman is prized for her ability to earn and contribute to her husband’s joint family.

If some people do not know about this, then you can see it in one of Ekta Kapoor’s serials. Ah, but you might feel a bit ashamed to admit you watch those. So, it’s ‘Satyameva Jayate’. 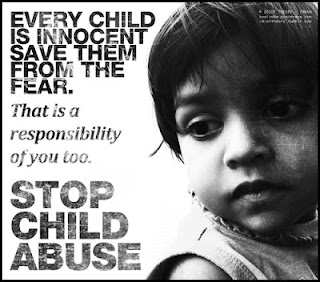 I skipped commenting on last week’s show. It was dreadful. Child abuse is. Talking about it is. Getting exhibitionistic about it is. Before the painful details, the host informed us that we may not want the children to watch, so we should take them to another room (his audience will not live in a one-room house, ok?), but close enough to bring them back to the TV set towards the end. Those participating went into the details. One young woman, when asked why she came out and spoke, said that indeed she was single, but who knows after this show she might meet someone, for she did not want to be with a man who would not accept her past.

I don’t know why we have standard ideas of empathy. I feel for what she has been through, but she has coped well, and it is not imperative that she would reveal her abuse to a suitor.

The male victim also went into details. I would have liked the psychologist to discuss the case studies and help them. This man endured it from the age of six till he was 18; his body and hormonal changes would have transformed in this period; he is now gay, but says it has nothing to do with what he went through. These are questions that need to be examined. I am not being judgmental. But the emphasis on story-telling and cutting short genuine analysis makes it just another show. I have seen a dramatised version of abuse where a 12-year-old even got pregnant on 'Crime Patrol', based on real-life incidents taken from police records.

The man I mentioned said he led two lives, and in the other he escaped into the world of films. He adored Sridevi. Later, the actress made an appearance. If at all, sending a message would have sufficed. This is not ‘make a wish’ show. But then the lady is making a comeback to films, and we may see other such ‘appearances’ in later episodes. Already, Nita Ambani is a participating sponsor through the Reliance Foundation. Every cause needs money. And every business needs tax exemption. It is wonderful that someone is helping out, but we do not need one more lecturer living in a bubble to take us on a discovery of India trip during the breaks.


The worst was yet to come: A workshop where the host told the viewers to bring the children into the room. Hiding them would have already filled their minds with ideas of something secretive happening. Now they were made to watch a group of obviously well-to-do children (child abuse does not seem to afflict the poor) being educated. “What is danger?” they were asked. Then they were shown two figures on the monitor – male and female – and the chest, genital area and buttocks were highlighted. These were ‘danger’ areas and if anyone other than parents were to touch them there they should shout.

This is just horrible. Most children are taken to isolated places, or abused when no one is around. I am perturbed by the identifying of these parts of the body with ‘danger’. Imagine when they grow up and get attracted to someone, will it not impact on physical intimacy?

Can we stop these simplistic solutions? Are parents not the culprits sometimes? The problem is that such shows will skirt many issues that may be difficult to swallow. We had the prominent Mira Road case right here in Mumbai where the mother actively encouraged the father and a tantrik to sexually assault both her daughters. Why did the show shy away from such cases?

Or, of quasi religious ceremonies where young girls are offered and virgin blood is considered a cure for impotency? What about someone from a remand home where some of the worst such crimes are committed? Think of Madhur Bhandarkar’s 'Chandni Bar' and 'Page 3', in which high-flying industrialists entertain their foreign guests with boys procured from such shelters. Why were there no such mentions of these wonderful people?

Is the purpose only to make us cringe? Please understand that you are getting half the story, half the truth. Those reading this and watching the show are perhaps exposed to such cases and are enlightened. Think about the many who are not. They will sit wide-eyed thinking of those images expressed by the participants. They will imagine them.


- - -
No one can accuse me of not dealing with such subjects. So, I do plan to write on this show with the same fervour. To small minds, it might appear like I am using it, but it is less vile than using people who are suffering.
By Farzana Versey at 8:17:00 pm