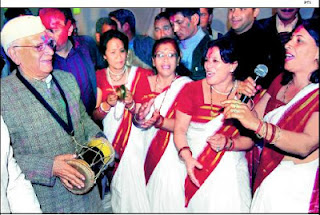 The sympathies are with the guy who does not want to be called a bastard. Today, he has the courts on his side, and the police have forcibly taken octogenarian Congress leader Narain Dutt Tiwari’s blood sample for a DNA test.

Rohit Shekhar Sharma has people’s sympathies for only one reason – N D Tiwari was caught in a sex scandal. It is easy to add more salacious stuff to such notoriety and anyone who suffers on account of such a person will be deemed a victim.

Is Rohit really a victim?


Here are the facts:

His mother Ujjwala Sharma had an affair with Tiwari:

“Between 1977 and 1995 Tiwari, who was then a nobody, used to visit my father Sher Singh — a minister at the Centre. He said his wife could not have children because of some physical problems and persuaded me to have his child. He told me he would complete the formalities of marriage after their divorce,” she says. 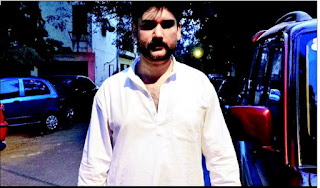 Tiwari allegedly assured her he would adopt him once he ended his marriage. “He came home for Rohit’s birthdays and festivals. He had become Uttar Pradesh CM by then. So I felt he should be allowed to choose the appropriate time for owning up to his son,” she says.

She is an educated woman, retired recently as Sanskrit lecturer. She was involved with him, aware that he was married. Since he knew her father, did she not bother to find out the truth about his wife? She says he was a “nobody” then, so he obviously could not exert pressure to silence her.

He snapped ties with her and the son in 1995. His wife had died two years ago. He was not interested in the relationship. She moved on and got married to Bipin Sharma; they have a son. Tiwari resurfaced in her life. Amazingly, she admits:

She had a husband, and went ahead to be with a man who was now quite a prominent politician, who had deserted her and the son, and shown no remorse.

In 2006, she and her husband parted ways. It was also the year Rohit started a campaign against Tiwari.

“In 2006, I started a campaign against him and sent out letters to everyone in Uttarakhand about our relationship. He kept telling people I was not his son but just a blackmailer. That’s when I started looking for legal options. This is not a battle for his property or money. I just want to make peace with myself. He had told me a 1,000 times in private that I looked like him. How I had inherited his nose. But if I met him in public, he would simply look through me. That hurt.”

If he knows, then this public acceptance does not make sense. I am also a bit wary about certain aspects.

Take these pictures that Rohit has submitted to the court. The first where Tiwari is asleep bothers me. One assumes the mother clicked it, and this was when he was quite young and the situation had potential. Why would a woman take a photograph of her sleeping lover with her son obviously posing for the camera? Was she already collecting evidence? Tiwari may be an immoral man. But was he doing it alone?

“While my mother was labeled unchaste and a badchalan aurat, Tiwari got away with it. No child should be called a harami or a bastard. I first learnt that Tiwari was my father when I was 11. My grandmother told me I was different from my brother Siddarth because I had a different father. It completely shook me up.”

This is a sexist society and the woman does have to bear the brunt of such slurs, unfortunately. However, Tiwari has not got away with it. His reputation is at a low, and has always been.

It must have certainly affected Rohit to discover who his ‘real’ father was. But, was it necessary for the grandmother to inform him? Who called him a bastard? Where was this announced? And why? He is the legal son of his mother’s ex-husband, who he says has been good to him.

And now, when the courts are taking his paternity concern forward, he says it will still be complicated:

“I will then have two fathers — one legal and another biological.”

So, what is this battle for?

Will N D Tiwari be forced to accept him when he already did in so many other ways? We are talking about a traditional idea of institutionalised relationships when this one was far from traditional in every aspect.

I will not offer lip sympathy for Rohit Sharma because I do not think he is doing it only so that he can sleep well at night.

Here, let me recount another case that is not known to many. A prominent person from the entertainment industry had an affair with another well-known woman from the same field. His wife had no intention of divorcing him, so he made no promise of marriage. They were the cool couple. Suddenly, she decided she wanted to be a mother and stopped taking her pills without his knowledge. At some point they drifted apart, or he left her for a younger woman. This time, his wife was ready to divorce. Woman #1 already had a daughter. Woman #2 had a son; he accepted him. Woman #3 had a daughter. Now, they are one big family, all in the same field.

It is a world where these things are socially acceptable. Yet, the second woman could be said to have wanted to use the child as bait. It is another matter that he did not go along, but did not shirk his duty either. But could she cry foul if he had not? Would the son have taken him to court? The man’s acceptance is not generosity but a bit of a kick to be considered a potent ladies’ man at his age.

So, why did Tiwari not go along and claim to be a father when he had no compunctions making merry in government circuit houses? Would this not add to his stock rather than deplete it?

When the jokes about the jab that might do him in are over, perhaps people will try to understand that by playing the ‘who wants to be called a bastard?’ game we, the observers, run down invisible illegitimacy that exists on a far larger scale, beyond the cocoon of looking for the real daddy.

My view on the earlier sex scandal: Old Man and the She
By Farzana Versey at 2:43:00 pm