Great things about being a virgin man 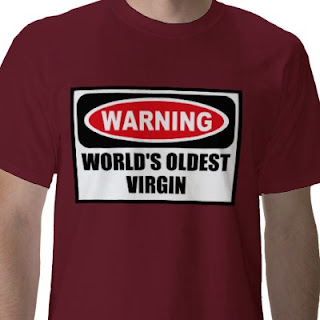 Women are often concerned about losing their virginity. It is partly psychological and often due to what society expects, especially in the Indian context. That is the reason you will see desperate queries addressed to sexologists about how to hide the hymen rupture from the husbands, if he isn’t the one a woman has had sex with.

The sexpert tells her that there is something called trust, and she can lose her precious tissue while exercising, swimming, horse riding or spending quality time with a cucumber.

A rather regressive article that advises women to preserve their virginity has appeared in the Times of India. I believe that if virginity is so important, then men should be equally concerned about preserving the 'site'. So, here’s my rejoinder to a few points.

(Disclaimer: I do not adhere to the views in the piece or what I say. It is purely seeing the flip side)

There is nothing worrisome about your virgin status. Instead you should feel proud of it. It's not a big deal for it can be lost anytime. We know sex feels great, but just remember that there are many advantages of being a virgin. It is one of the most special gifts god has given you.

God did not gift virginity. A foetus was formed in the womb, and sometimes there are breakages of different parts. As regards feeling proud, why should men be denied such pride? And there are some goodies in store if you keep yourself to yourself.

So, for all virgin women out there, here is a list of few great things about being one.

No pregnancy fears: Out of the many advantages, this one is the most obvious. Many women who have regular sex always worry about getting pregnant. So if you are a virgin you need not worry about this, and also no headache of popping those birth control pills.

Men don’t have to worry about getting a woman pregnant and being subjected to baby pictures, right from Lord Krishna with butter smeared on his mouth to Justin Bieber trying to sing.


No STDs: It's always safe to be a virgin in this society where STDs like HIV/AIDS, herpes, syphilis are so common. If you are not having sex that means you are much less likely to contract STDs.

Men should remain virgins because these diseases can afflict them too, and do so more often. Besides, if they stay away from intercourse, they can even spend less time tapping the keyboard, and save themselves from strain on the back and eyes.

No emotional trauma of a relationship: Sometimes there is nothing left in a relationship after sex. Love is not all about sex so there are many things a couple can do without sex in a relationship. Remember, a sexual disappointment can make you feel hurt, lonely and angry.

True, and men need to hang on to their life because their seed is so crucial to the perpetuation of the species. They are more concerned about how well they do in bed. So, instead of getting many opinions beforehand, that might reduce self-esteem or result in raised expectations, they can just wait for the right time.

Your man will feel so proud and happy: It's a fact; most men still prefer a virgin woman. No guys want to think about his girl having sex with other guys. Even though virgin women are not sexually experienced, men still love them and feel more sexually excited. He will respect your innocence, and also there won't be any arguments on your past relationships.

Women find fumbling men cute. Haven’t you heard that all that brawn stuff just does not turn them on as much as a guy who is vulnerable? She will respect that and there will be no nagging about who you were with in the Palaeolithic Age. You can also spare the moment when by mistake you utter the names of Cleopatra, Nefertiti or Mrs Chaddha, or uncharacteristically say “Darrling” instead of “Honey”. Women can catch these linguistic derailments.

You are pure as an angel: Virgins are probably one of the sanest people on earth. Most virgin women have morals and respect themselves. Also they take relationship and marriage very seriously.

Virgin men are like Adam, the first man. A woman, therefore, feels like she is in heaven. Virgin men are sane because their other ‘brain’ has not been used as yet. When both brains come together, men understand respect and as they begin to value the relationship between their extremes they also value their partners.


So now, save your virginity. Don't give it away on a platter.

Email ThisBlogThis!Share to TwitterShare to FacebookShare to Pinterest
Tags: gender, let's not get too serious, men, regressive, sex, virginity, women