Sonia Gandhi Too Can Be Prez 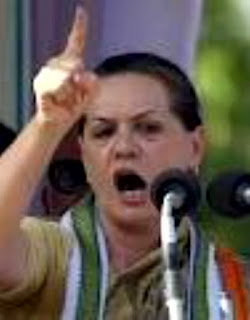 The race for the President of India has probably never been as enthusiastic as it is for the new term.

Why has the 'rubber stamp' become important? Or, is it just so much noise? Both. This time, however, the latter feeds on the former.

President Pratibha Patil has been embroiled in land deals. Not all presidents have had a clean record; they've also played along with the ruling party's stand. Did Fakhruddin Ali Ahmed have a choice when Indira Gandhi declared Emergency?

Constitutionally, yes. Article 53 says that the President can act on her/his own, being the head of state and of the legislature, executive and judiciary wings as also chief of the armed forces. Yet, how often has the President intervened?

The names being thrown around have turned it into a farce. Why is it imperative to break the mould now, if we've lived with titular heads all along? Would it not be counterproductive to have a politically-active president?

That's the point. It is a proactive position and not akin to a Rajya Sabha seat given to some film star, cricketer, mediaperson, or even a person qualified in jurisprudence.

It is no surprise that political parties as well as the junta has joined in. Madame Patil's foreign jaunts have brought out the citizens, many with lame jokes about her demeanour.

This is a political process and should not be outsourced to populist movements and their satellites.

Therefore, let us leave the lawyers, the foreign policy analysts, and other professionals out of this. A.P.J.Abdul Kalam, a scientist, was chosen because of the Indian bomb and not due to our acknowledgement of science. And, anyway, the post is not a sop. Acceptance by all clearly reveals that the President has to be impartial. This is not the impartiality of one who has no stand, but whose own position on issues can run parallel to the demands of democracy.

Despite the political machinations by different parties, I still believe we need a political President. More importantly, someone who can use the powers vested in the role when needed. The three pillars are often at odds and a political strategy can come to good use.

Every party is fighting over their choice. Mamata Banerjee has vetoed the idea of Pranab Mukherjee and suggested Lok Sabha speaker Meira Kumar, saying, "I love her. She is soft-spoken." It's a curious reason, but not a bad choice.

I'll skip other probables, though I do get a kick imagining defence minister A.K.Antony as Prez and former Army Chief V.K.Singh as Vice Prez.

I am not sure whether anyone has suggested it, but think about Sonia Gandhi in that role.

She has proved that she is a fine strategist.

The UPA needs to let go of the apron strings. Such obsequious behaviour will not benefit the party or the ministers.

The dynasty does not stand a chance, and must not. If Rahul Gandhi has to make a mark, then he has to be left on his own.

The Congress may get brownie points, but only if she remains impartial.

The BJP is priming up for a prime ministerial candidate, and propping up Sonia for a presidential role might get it more points than developing water parks and malls and relying on one man seeking a US visa.

Regional parties will have a 'rootless' person as head of state, so no conflict.

In fact, it would be in the fitness of things if M. Karunanidhi or Arun Jaitley became Vice President.

Of course, many would baulk at the thought. But think about it: She has the experience of being closely involved with the work of three prime ministers with very different ways of managing and thinking.

This might end up being a sop after all, but Indian democracy might learn a few lessons in managing contradictions and contra-indications
By Farzana Versey at 9:45:00 pm