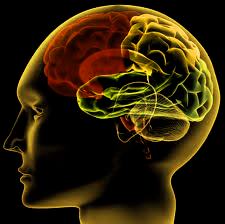 As though the brain is not complex enough, it rattles us with its ability to turn the tables on us.

We have heard of cases of leading scientists, philosophers, writers who were considered failures. This only proves that academic prowess is not a good yardstick to judge the ability to create and be innovative.

However, how do we explain the sudden genius of a man who is beaten up?

I first read about Jason Padgett, a school dropout, a while ago. Outside a karaoke bar, a few muggers assaulted him. The kicks on his head caused severe concussions. The results were remarkable and shocking:

Now, wherever Padegtt looks, he sees mathematical formulae and turns them into stunning, intricate diagrams he can draw by hand. He is the only person in the world known to the skill, which experts say, was caused by his head injury.

Not only is he a maths genius but according to neuroscience tests also an "acquired savant":

Savant syndrome is the development of a particular skill, that can be mathematical, spatial, or autistic, that develop to an extreme degree that sort of makes a person superhuman.

Is Padgett's genius 'mindful'? It is said that due to injury a certain part of the brain is overcompensating. Does this not occur in instances of physical disabilities, where the visually impaired have a sharpened sense of smell and hearing? Or those with motor dissonance?

Some people lose their memory after such accidents. I wonder if this too is a loss that resulted in a gain. Does it mean Padgett has lost his memory of being a failure?

If we use this example, then is genius limited to certain areas? Are we confusing skill for genius? What if the formulae he sees suddenly tranform into incoherent patterns that might make complete sense to him but not to others immediately?

Isn't artistry of greater value when there is consciousness?