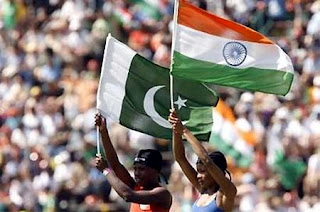 Pakistan gave India the honour of being the Most F…. Nation. The F stands for Favoured. When Pakistan does that to us, we are truly f……. Or so we’d like to believe. We have this strange ESP with our neighbour; it probably realised we had something up our sleeve and so there were second thoughts. Pakistan always has second thoughts about India. There is always a second coming, a second infiltration, a second war, a second summit, a second peace initiative. Of course, India holds half the key.

Anyhow, forget about the second thoughts. What does being MFN mean? It is strictly a trading term, so we can sell each other exploding mangoes. Maybe, if they think we are really f…., our business heads could even get a slice of the Murree Breweries pie. Vijay Mallya can support his flailing airline business and lend some Kingfisher aircrafts to hover over the drones.

Our lobbyists can offer to intervene in the political hide-and-seek games and have late night chats with people who matter on how to get people who matter posts that will help other people who matter. This will result in Pakistan’s first 2G scam (I told you they like seconds, so 2G stands for second ghapla, which is a polite way of saying they’ve lost count of the ones before).

Some of our politicians will take kickbacks for tilting the Minar-e-Pakistan because Asif Ali Zardari who wanted to emulate Sonia Gandhi thinks it should have an Italian touch, like the Tower of Pisa. The Opposition will get their business partners to work on a British theme with Frontier motifs to please Imran Khan, who wants to build a living people’s memorial there.

No Pakistani politician will, however, go to prison because he will be given a second chance. No, they don't feign illness to get into hospitals and even though both their kidneys are functioning, they flaunt about managing a third one.

The case of three Pakistani cricketers getting prison terms for spot fixing made front page news because India had to live up to its MFN status. This is the deal. With three players of promise out of the Pakistani team, it is obvious that whether they say so or not we are MFN.

To commemorate the event, unfortunate as it is, here are a few songs dedicated to them:

For Mohammad Aamer (since his mother says he is only a child):

Post-script: Last heard, President Zardari was enquiring, like an Indian ad for cars, "Kitna deti hai?" (How much mileage does it give?)
By Farzana Versey at 8:53:00 pm