Now the lawyers and judges are fighting. If judges are sycophants, then lawyers are born to be sycophants. It is their brief, for when they represent a client, they are doing chamchagiri for that client. Even in cases of crime and terrorist acts against the state, the prosecution lawyer is supposed to argue on behalf of his client, whether or not s/he is right.

Upholding of truth is based on facts. Facts are based on evidence. Evidence comes from what the cops, the witnesses, and the intelligence agencies see and say. What they see and say need not be equally true and it can and does change. So, they are all sycophants to such altered perceptions and circumstances.

Lawyers ask for adjournments to stall the evidence, to buy time or because they really need to get some more information, or their client cannot depose. They are legally entitled to do so. This means that the judiciary is a sycophant of the rulebooks. Cases go on. Lawyers change; judges change; even criminals change when dead men they had killed turn up alive one fine day, sometimes after years.

All this sycophancy talk is because senior advocate Ram Jethmalani said:

“Why do you (judges) adjourn when they (lawyers) ask for it? You also have become sycophants to maintain relations.”

“What sort of nonsense statements are being made from a public platform?...Lawyers are making public statements which affect the image of the judiciary. Senior advocates are tarnishing the image of judges by saying such things in public. It affects the public profile of the whole institution. There should be some restraint (on lawyers making statements). From new entrants in the profession to advocates on the verge of retirement, everyone is indulging in it.”

I undersand protocol, but just a flip-side query: If the judge asks the lawyer to quicken the pace, despite the seriousness of the case, and the lawyer acquiesces, then would s/he be sycophants of the judge? 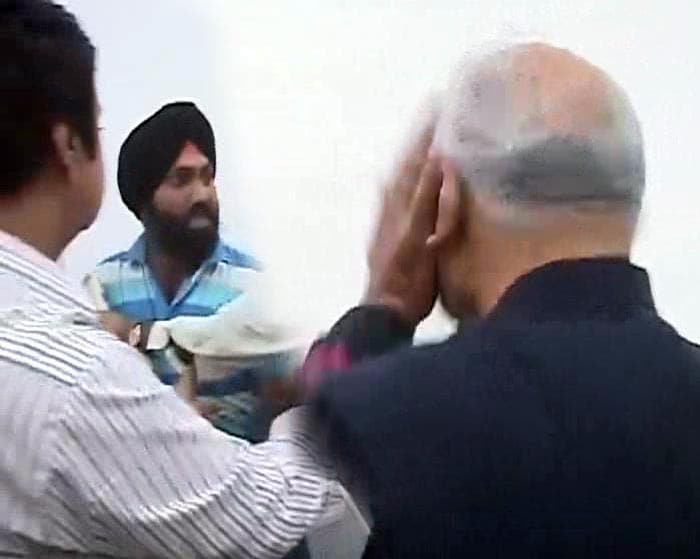 Okay, I missed the tamasha over the tamacha (slap). Every angle has been analysed, I assume. I have read a few, very few. So, here is a small snippet from a report:

Union Agriculture Minister Sharad Pawar was today slapped by a man at the New Delhi Municipal Corporation (NDMC) centre in New Delhi. The incident occurred while the minister was leaving the premises after attending a literary function.

The attacker, identified as Harvinder Singh, reportedly blamed Mr Pawar for rising prices of essential commodities. “This is my answer to corrupt politicians,” shouted the attacker as he took out his kirpan (small knife) and threatened to kill politicians.


When informed about this, Anna Hazare said, “What, only one slap?”

Then the NCP guys went on a rampage to protest – the slap, Anna’s comment and generally because they wanted some action.

So, here are my completely superficial thoughts:

2. Aren’t we up to our necks with this corruption thing? Some commentators spoke about ‘disaffection’ of the public. In that case it has nothing to do with corruption. Other politicians have got the shoe treatment; if such disaffection is going to be so pat, then assassinations can also be explained away.

3. Then there are those who think the slap was undignified. Whoa. Slippers are thrown inside Parliament too. What Harvinder Singh did is the equivalent of heckling at rock concerts – everyone wants paisa vasool stuff. If Sharad Pawar sent them sacks of sugar from his fiefdom, they’d be quite happy.

4. Then there are those who think he was so cool in forgiving (he did not, his daughter did) while his goons went about breaking things. This is not cool. This is political smarts. He would have been cool had he stopped the rampage. Mr. Pawar is in no position to be magnanimous given who he is known to be cosy with.

5. Then there are those who say Anna Hazare should not have said what he did, it is not Gandhian. This is funny. Gandhi was around sitting with his charkha, weaving khadi, when all those violent episodes took place and his supporters got the bad end of the stick, quite literally.

Anyhow, Anna and Pawar are two sides of the same bad coin. They are raking it in from the rural/agriculture sector in terms of cash or kind, but appealing to the urban groups, well aware that this is how they can get that spit and polish.

End note: The turncoat moment in 26/11 anniversary two-bits when celebrity page 3 regulars who had been right up there in colour-coordinated scarves and tunics pushing the ‘enough is enough’ agenda diss “celebrities” and think about the ‘others’, and pat themselves for having refused to appear on TV shows this year. Wow, missed ya babes. What were they doing barfing at the sensitive time when it mattered most? Or is three years later not good enough to get them international mileage?
By Farzana Versey at 8:02:00 pm